Conclusion: It's About Priorities

Misguided lawmakers often cite deficit reduction as a benefit to the next generation, noting that less borrowing will reduce future debt service. However, as this report shows, they ignore the fact that cuts to training and education can hamper a generation’s economic opportunity for years to come. While long-term deficits ultimately must decline to a stable share of the US economy, it would be a profound disservice to young people — and to all Americans — to cut education and training programs and undermine the next generation’s prosperity.

The resources are within reach to invest in this nation’s young people; it’s a matter of priorities.

Moreover, it is wrong to assume that we cannot reallocate resources from existing spending and tax policies. The resources are within reach to invest in this nation’s young people; it is a matter of priorities. The federal government spends more on war than on education, more on tax breaks for oil and gas companies than on programs for disconnected youth, and more on subsidies for livestock feed than on employment for young people in AmeriCorps. In the coming weeks, lawmakers will face comprehensive budget negotiations over sequestration and a host of tax policies, and these negotiations represent great opportunity for policymakers to do the right thing. For example, the two year extension of the Bush-era tax cuts — which expires on December 31, 2012 — prioritized deep tax breaks over expanded investment in young Americans. Upcoming negotiations are a chance to realign spending and tax policies with investment in the young people who are this nation’s future.

Policymakers in Washington can meet the nation’s fiscal challenges and make the necessary investments to keep the American Dream alive for young Americans. Our generation is ready to go to school, learn new skills, and serve the country. It is time for our leaders to do their part. 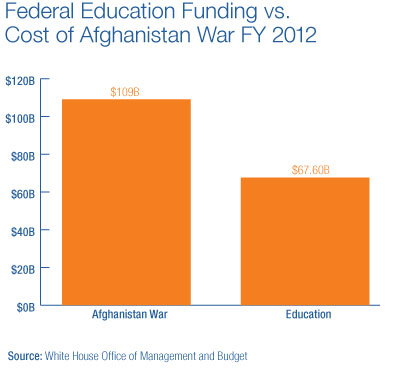 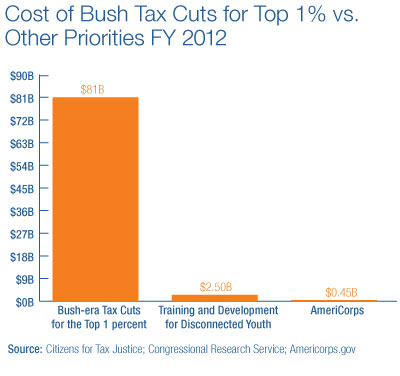