Poor People's Moral Budget: Everybody Has the Right to Live

In April 2018, the Poor People’s Campaign: A National Call for Moral Revival released a Moral Agenda and Declaration of Fundamental Rights. The demands contained within that document present a comprehensive response to the systemic racism, poverty, ecological devastation, militarism, and war economy plaguing our country today. For the 140 million people who are poor, or one emergency away from being poor, we know these demands are necessary.

This Poor People’s Moral Budget from National Priorities Project and our colleagues at the Institute for Policy Studies, together with the Poor People’s Campaign, the Kairos Center, and Repairers of the Breach, asks, given the resources of our society, whether these demands are also possible. Our answer is a resounding yes.

In the seven sections of the Moral Budget, we look at policies and investments for seven critical areas of the Poor People’s Moral Agenda: 1) democracy and equal protection under the law; 2) domestic tranquility; 3) peace and the common defense; 4) life and health; 5) the planet; 6) our future; and 7) an equitable economy. In each case, we’ve found that our nation has abundant resources to meet the demands of the poor, and to address the widespread and systemic injustices we face. In contrast, the current realities of voter suppression, low and inconsistent wages, insecure access to health care and other basic needs, wealth inequality, war, and climate change are far costlier than we have been led to believe.

This Budget shows that it is possible to invest our resources in the ways demanded by this Campaign and our moral and Constitutional values: to establish justice, domestic tranquility, security, and the general welfare for all. It shows, too, just how wasteful systemic injustice is. The abundance of our society will grow even greater when we stop investing in maintaining injustice to benefit the few, and turn instead to policies based on the needs of the many.

Above all, our report emphasizes that the United States has abundant resources for an economic revival that moves us toward establishing a moral economy. That includes:

Policymakers have always found resources for their true priorities. It's critical that policymakers redirect these resources to establish justice and to prioritize the general welfare instead. 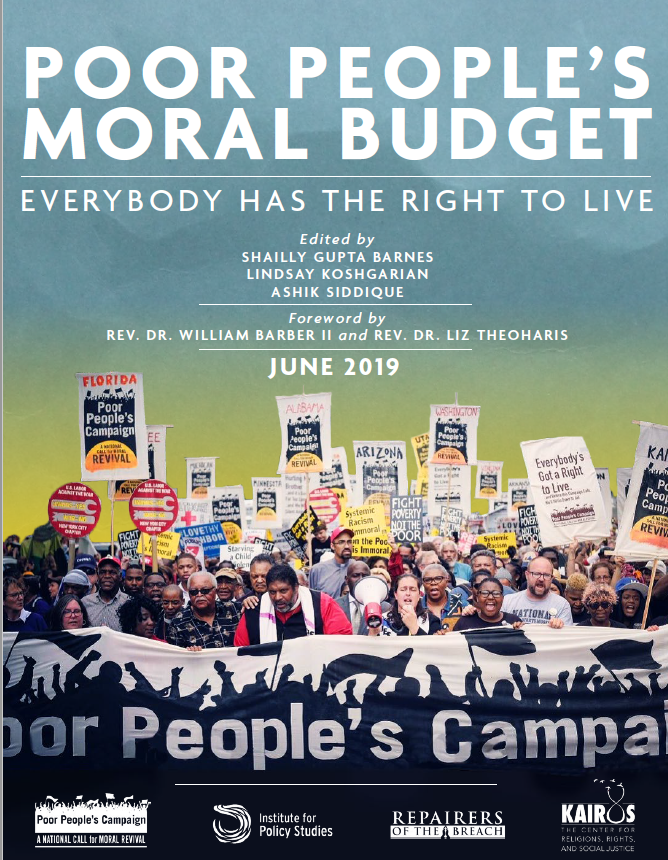