In Search of True Security: Rebalancing the Pentagon Budget 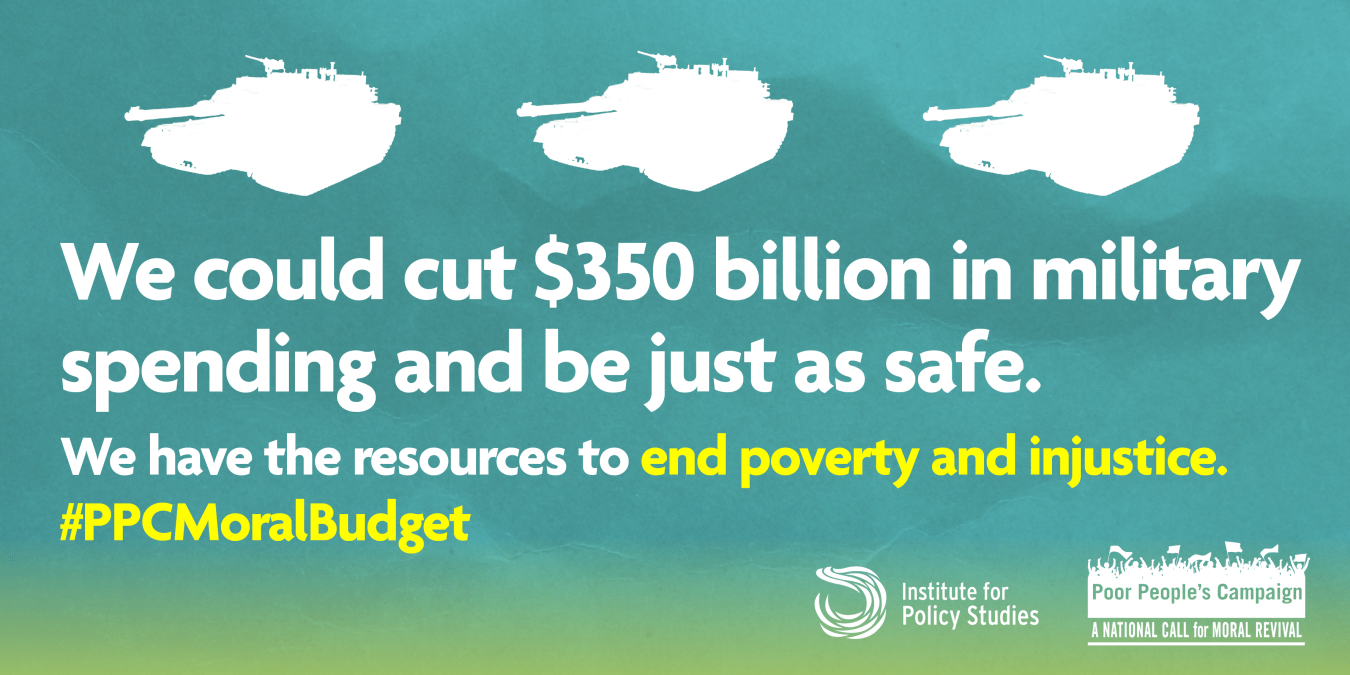 The current United States military budget is higher than at the peaks of the Vietnam or Korean wars. It is greater than at any time since World War II, with the exception of at the height of the wars in Iraq and Afghanistan.

But military security and law enforcement are not the only forms of security. Only one third of discretionary spending is available for housing and homeless assistance, public health and medical research, public education, ensuring clean air and water, clean energy, diplomacy, and more. Our current strategy of world military domination assures that we have the world’s finest military but lag behind on other fronts.

The United States Pentagon budget is too big. We identify as much as $350 billion in cuts that would bring the Pentagon budget down to roughly $400 billion per year, still more than the budgets of China, Russia, Iran, and North Korea - combined.

See the full report, "Poor People's Campaign Moral Budget: Everybody Has a Right to Live," for which this report was prepared.

This document has been updated to clarfiy the description of the increase in overhead costs. The increase compares inflation-adjusted 2015 costs to costs in 1980.