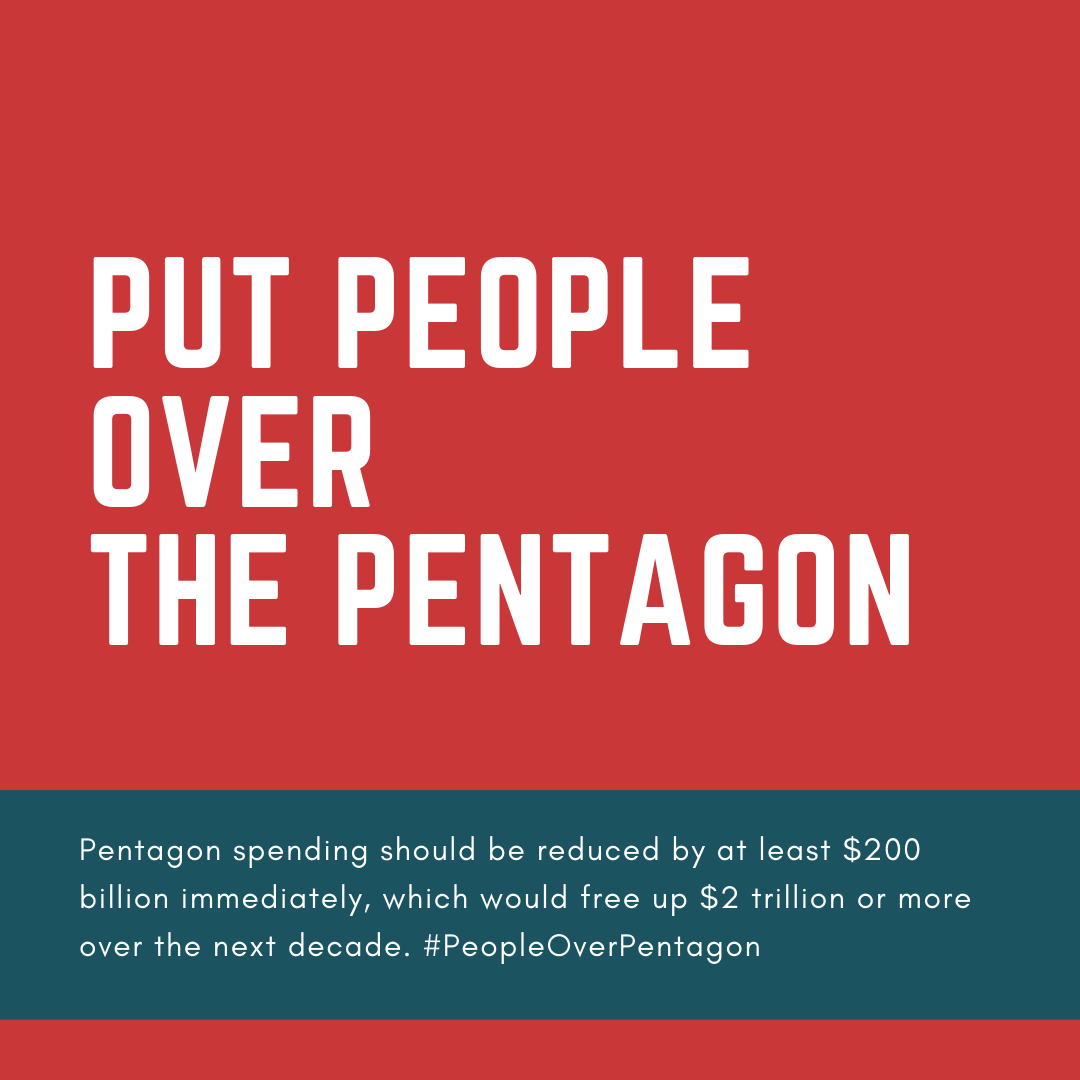 We all know America's military budget is painfully bloated, with over $700 billion spent annually in ways that waste vast amounts of resources and make the world a more dangerous place for all of us.

It’s well past time to put people and planet over the Pentagon — and finally, the political winds might be shifting toward a sane and moral budget for all.

National Priorities Project is proud to join over 20 national organizations in a coalition representing hundreds of thousands of people to call on Congress to stand up to weapons industry lobbyists and military contractors and cut Pentagon bloat by at least $200 billion annually.

Redirecting $200 billion from the military each year would free up $2 trillion or more over the next decade for big, bold, and urgent people-first priorities like Medicare for All and a Green New Deal against climate change.

Even with such large spending cuts, the Pentagon’s budget would remain more than enough to keep America safe at a level well above our nation’s post-World War II historical average.

Remember, it is Congress, not the president, that sets spending levels for the Pentagon. More than ever, we need to put maximum pressure on our representatives to scale back on the mountains of money we’re spending on war.

This will not be easy. The military-industrial complex has slithered into nearly every congressional district in the country and spends millions of dollars a year lobbying for wasteful and unnecessary weapons. It will take the power of hundreds of thousands of people organized into one booming voice if we want to win.

It’s appalling that 140 million people live in poverty in America while our government spends more per capita on the military than any country except Saudi Arabia, and more than the next seven countries combined.

But a better world is possible, if we work together to make it so.

Read the full statement on Pentagon cuts and sign on here to our coalition’s national petition to end military waste and finally fund a budget that reflects our values.

Introducing the Poor People's Moral Budget: Everybody Has the Right to Live »