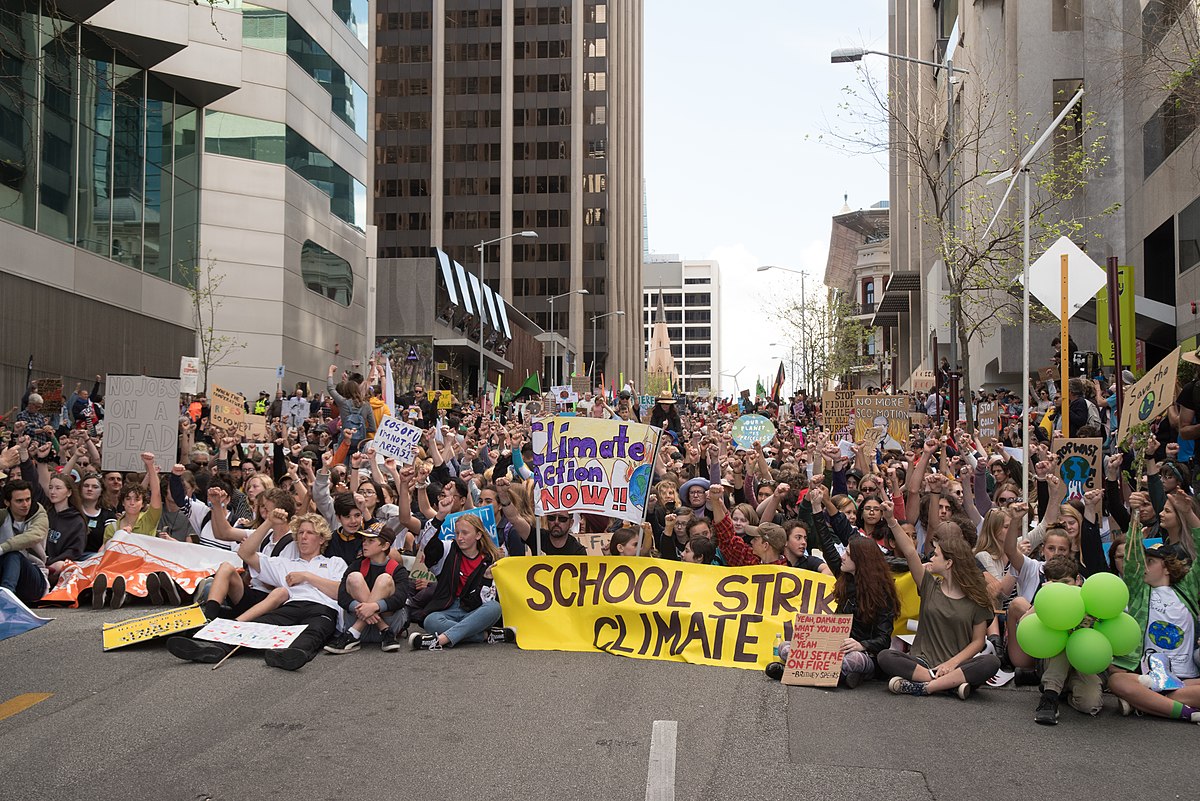 The Climate Strike is sweeping the United States! Millions of people around the world are walking out of their schools and workplaces from today until next Friday to take to the streets, following the lead of young people who are anxious about their future on a warming planet and furious at politicians’ ongoing failure to act against the climate crisis.

Their anger is justified. It’s been decades since those in the halls of power understood global warming as a serious threat, but the stranglehold of powerful industries over US politics has kept our federal budget greasy with handouts for Wall Street, fossil fuel corporations, and the military-industrial complex, who all benefit from perpetuating an economy based on extraction and war that’s burning our planet.

But the kids are awake like never before, and they’re demanding a Green New Deal to transform the economy at the scale and urgency that matches the acceleration of climate chaos.

There’s no shortage of funds to pay for such an ambitious program if the obstacles to a green economy are fairly targeted: fair taxes on the wealthy, corporations, and Wall Street could yield $886 billion in estimated annual revenue, ending direct and indirect subsidies for coal, oil, and gas could amount to $649 billion, and the US could safely redirect at least $350 billion from the Pentagon’s current spending.

Our governments have long had the technical solutions available to get started. One estimate calculates the total cost of shifting to 100% renewable energy over 10 years at $4.5 trillion. That’s less than the $6 trillion committed so far to nearly two decades of the endless wars waged since 9/11 in 2001, when many of the kids marching today weren’t even born.

The next generation can grow up in an economy that’s about nurturing life, not waging death.

To save the planet, we need to cut the Pentagon.

Just 11% of the Pentagon’s current $716 billion budget -- about $80 billion -- would pay to produce enough wind and solar energy to power every one of the 127.59 million households in the United States**. That’s a ninth of one year’s military budget, to cover the annual costs of construction and installation of enough renewable electricity for every home in the country. That’s just based on the 2018 costs of renewable energy, which have dropped more than half over the previous two years and are still getting cheaper.

With the right kind of regulatory structures operating in the interests of the consumer public, rather than for-profit utilities, zero-carbon electricity could effectively be free for all - a Green New Deal could make energy bills a thing of the past.

During the original New Deal, massive federal investments made it possible to electrify vast swathes of the country. At the height of World War II in 1945, the U.S. federal government spent almost $1 trillion in today’s dollars to fight what many around the world considered an existential threat. 74 years later, this country is approaching that level of military spending, which makes it all too easy for elements in the national security establishment to foment military threats where none need exist.

Meanwhile the climate emergency actually is an existential threat, no longer one that those in power can conveniently deferred to their children and grandchildren, but one with increasingly devastating impacts playing out in real time. The WWII mobilization created a massive military-industrial complex to secure an increasingly unsustainable world order, which has benefited Americans at the expense of many others. It’s time to wind that down, and invest in the infrastructure for a new collective purpose: building a society where everyone can survive and thrive.

The kids get it. It’s time for our governments to follow their lead.

So based on 2018 costs of renewable energy, producing enough wind and solar electricity to power every one of the 127.59 million households would cost up to $79.6 billion, which is 11.1% of the $716 billion current military budget.

See more trade-offs from the federal budget between military spending and other priorities with NPP's Trade-Offs Tool.