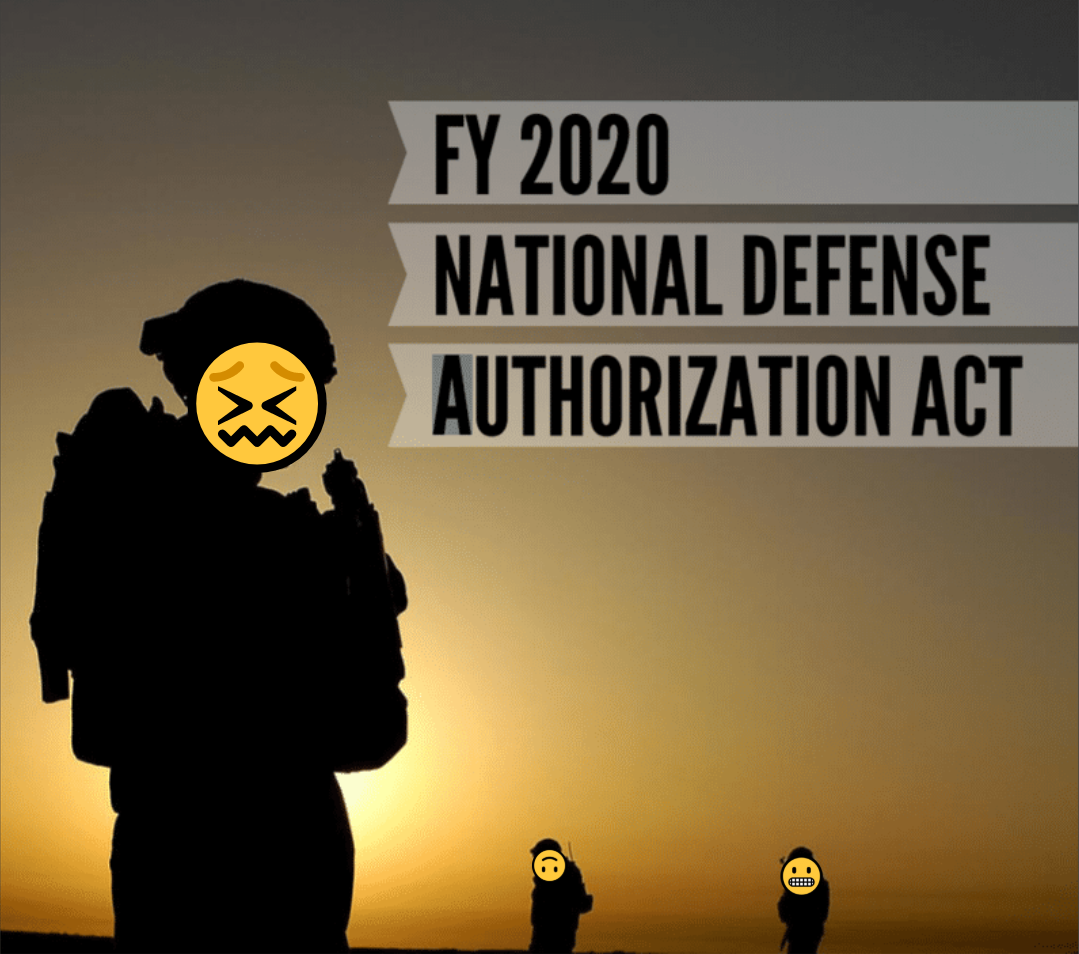 It’s that time of the year again when Congress reviews the National Defense Authorization Act (NDAA), which authorizes funding—and sets spending limits—for all operations maintained by the military. Once spending is authorized, an appropriation process takes place through multiple bills that provide funds for the Department of Defense and other departments that house military programs.

This year, the limit is shaping up to be sky-high—even more than the current military budget, which even President Trump admitted is “crazy”... before proposing a whopping increase from $716 billion to $750 billion for Fiscal Year 2020.

And the Senate is going along for the ride, against the better advice of a coaliton including NPP. Senators voted 86-8 on Thursday afternoon to approve the full $750 billion bill, after the Senate Armed Services Committee (SASC) had approved the latest NDAA, with $75.9 billion allocated to Overseas Contingency Operations, the slush fund for our forever wars. The bill also approved $23.3 billion for national security programs within the Department of Energy, including for nuclear weapons.

In total, the SASC’s version of the NDAA transfers $97.9 billion from the President’s budget proposal to what they have called “OCO Base” funding, created as a loophole comply with base defense caps.

Now the Senate NDAA needs to be reconciled with the other side of Congress, which plans to bring the House version of the bill to the floor after July 4. The House Armed Services Committee (HASC) has already approved a version of the NDAA with $733 billion in military spending, which is $17 billion less than the Senate’s $750 billion budget—but still a major bump up from current military spending.

It’s worth keeping in mind that the Senate has approved of the President’s level of Pentagon spending despite a substantive amount of evidence pointing to consistent corruption: the Department of Defense is the only agency that has failed to pass its first-ever audit due to a number of irregularities within their financial records.

Trade-Offs with the War Slush Fund

Instead of allocating $97.9 billion for the Pentagon’s slush fund, Congress should have the willpower to invest in services that meet human needs for people in the United States.

To get a better idea of what $97.9 billion can do for everyday Americans, I’ve used the National Priorities Project trade-offs tool to see how that money could better be spent.

Instead of spending this amount of money on forever wars, we could provide 41.3 million children and 27.5 million adults with low-income healthcare for one year. We can also afford 979,000 new jobs with supports created in high poverty communities, which could lift many out of the poverty line. It could solve the issue of continuous student debt in America by providing 2.78 million scholarships for university for four whole years.

Though these efforts will not be easy to attain, members of Congress should do everything in their power to lay the groundwork for substantive cuts to the military budget and to get rid of the Pentagon’s unpopular slush fund.

Trump's 4th of July Fiasco is a Salute to Pentagon Waste »