Amendments to the 2020 NDAA That Would Be Good, Actually 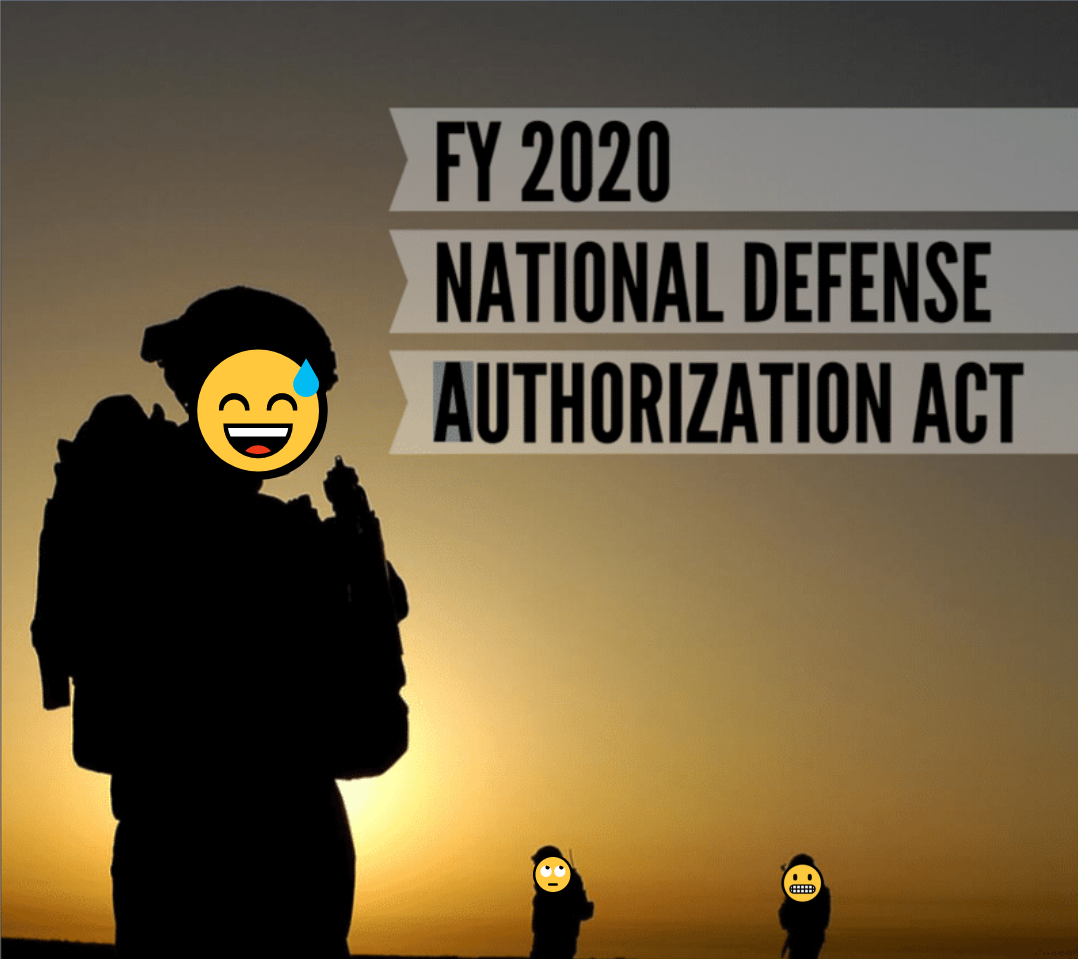 The House Rules Committee will meet today to discuss the National Defense Authorization Act (NDAA) bill for the fiscal year 2020. The Senate has already pushed forward a version of the NDAA that would increase the Pentagon’s already enormous budget to $750 billion, and the House version seems on track to increase it to at least $733 billion.

But there are plenty of other issues at stake with FY 2020’s NDAA, beyond just how enormous the military’s budget will be. This year, there are a total of 658 amendments to be considered, which raise issues ranging from repealing the Authorization to Use Military Force (AUMF), preventing the use of force against Iran, and requiring Department of Defense contractors to report any gross human rights violations abroad.

Here are four particular amendments that are worth highlighting.

1) Amendment #208: This amendment is sponsored by Rep. Pramila Jayapal (D-WA), and it would require annual public reporting to see which retired military officers are on foreign payrolls.

2) Amendment #270: This amendment is sponsored by Rep. Ro Khanna (D-CA), and it prohibits unauthorized military force in or against Iran.

Trump and his team of war hawks have been provoking a war with Iran for the past several months and are deploying sanctions that are currently devastating Iran’s economy. Adopting this amendment can slow down further escalation and tension between the two countries.

3) Amendment #393: This amendment is sponsored by Rep. Jackie Speier (D-CA), and it clarifies the contraception coverage parity provision in the bill text.

This amendment would ensure that TRICARE, the health care program for uniformed service members, retirees, and their families, covers all methods of contraception approved by the FDA without a copay, including contraceptive counseling, insertion, and removal. That’s a big deal for reproductive choice, ensuring that military women can get emergency contraception care when they need it.

4) Amendment #473: This amendment is sponsored by Rep. Malinowski (D-NJ) and provides for a one-year prohibition on the sale of air-to-ground munitions used in the conflict in Yemen to the Kingdom of Saudi Arabia and the United Arab Emirates.

Eliminating munition sales to Saudia Arabia and the UAE would go a long way toward limiting U.S. support for the catastrophic war in Yemen.

This NDAA may end up making next year’s Pentagon budget even more monstrously huge, but if these amendments are adopted and the new NDAA bill is written into law, at least there will be some steps forward in the fight for a moral and responsible foreign policy.

« Trump's 4th of July Fiasco is a Salute to Pentagon Waste