Trade-Offs from the 2020 Trump Budget

America's military budget is already so astoundingly huge that the numbers alone can make the increases in President Trump's 2020 budget request seem like a drop in the bucket. What's an extra $34 billion, when the Pentagon already burned through $716 billion last year?

It helps to compare the pricetag of some of the most misbegotten proposals in the Trump budget to spending priorities that actually improve people's lives. 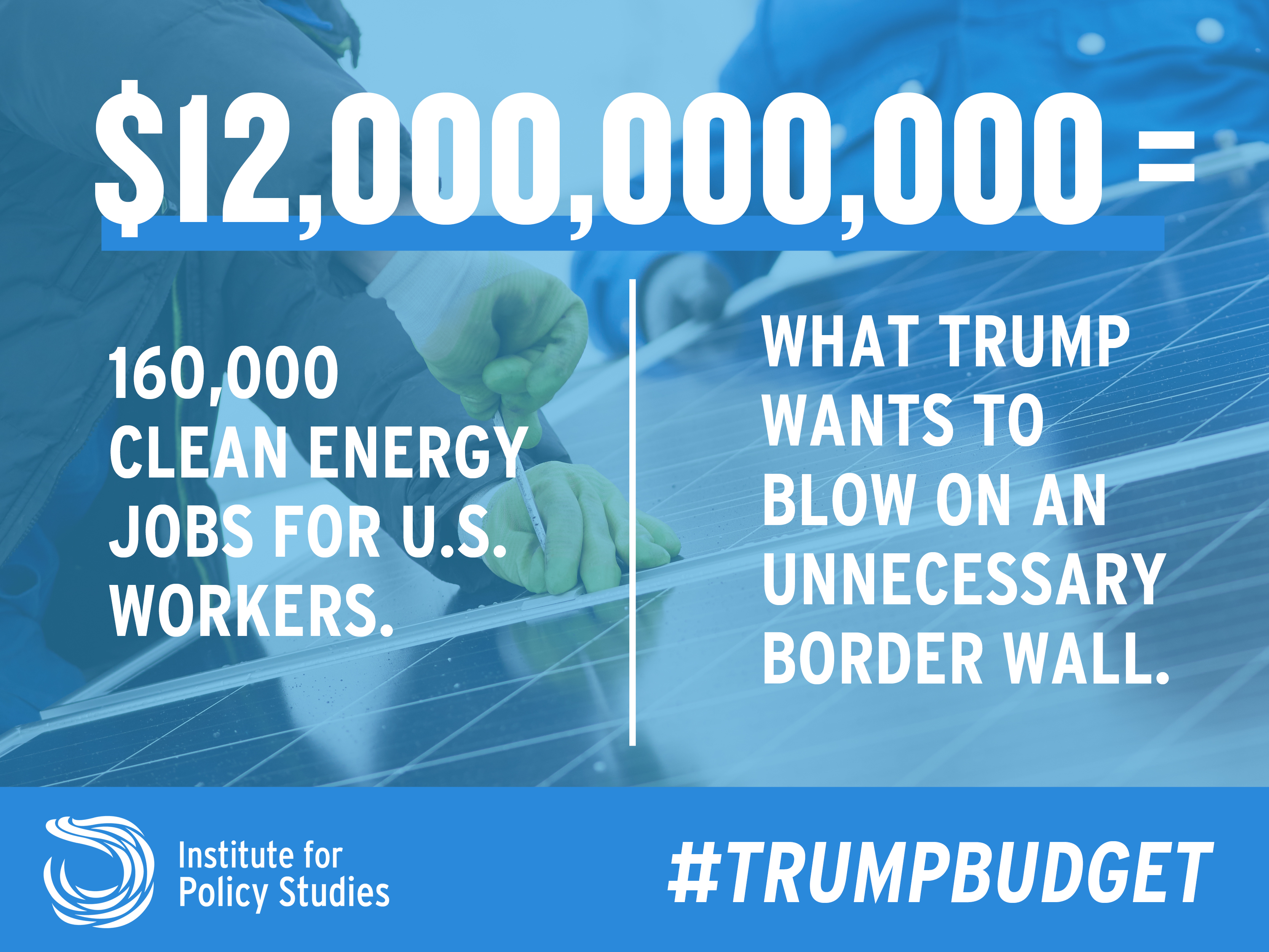 The Trump budget requests $7.87 billion for "nuclear modernization," to make planes and ships more effective delivery systems for weapons of mass destruction. That amount would fund 888,211 Head Starts slots for low-income children, almost doubling the current number. $7.87 billion is more than the entire proposed budget of the Environmental Protection Agency. 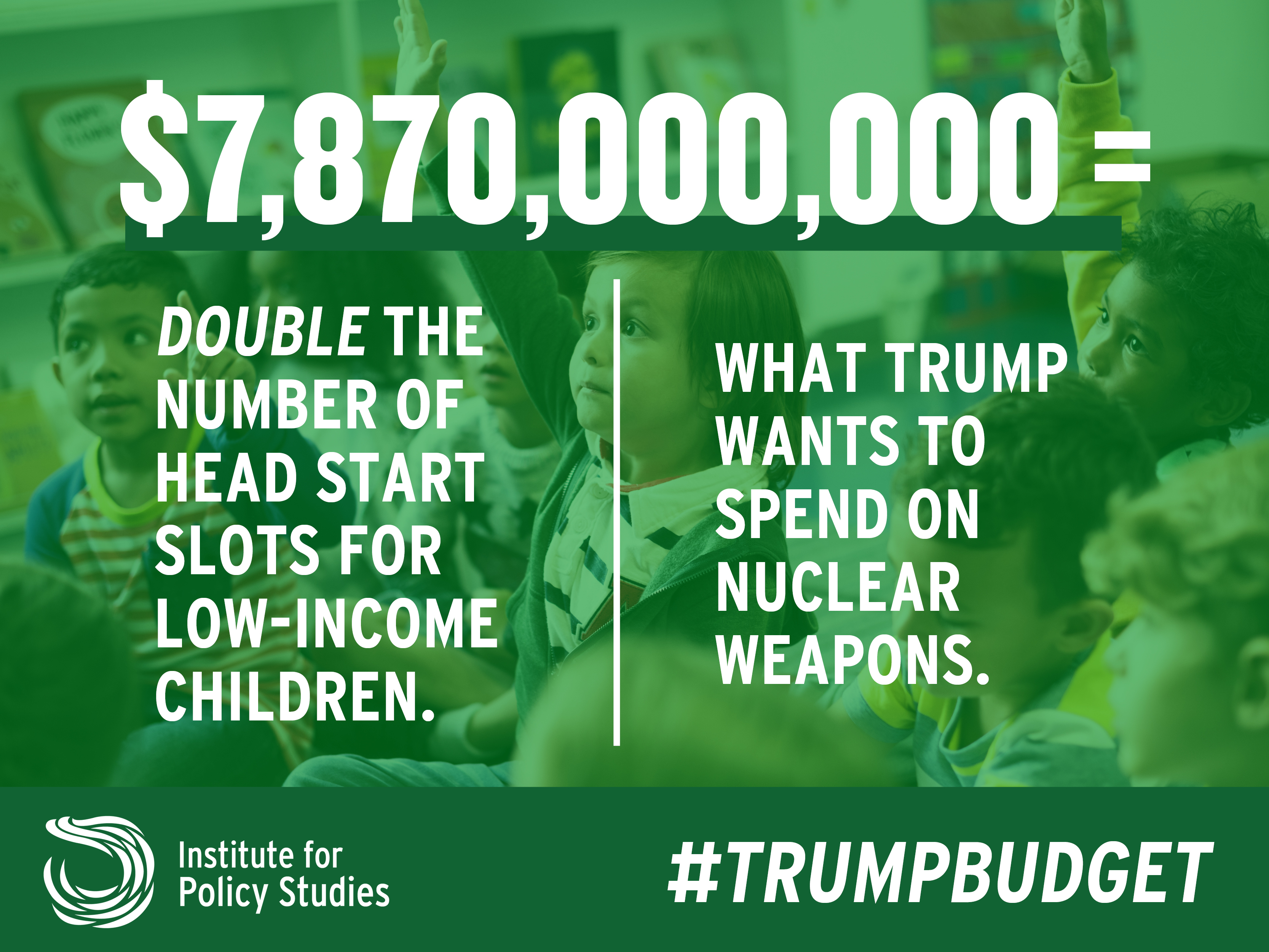 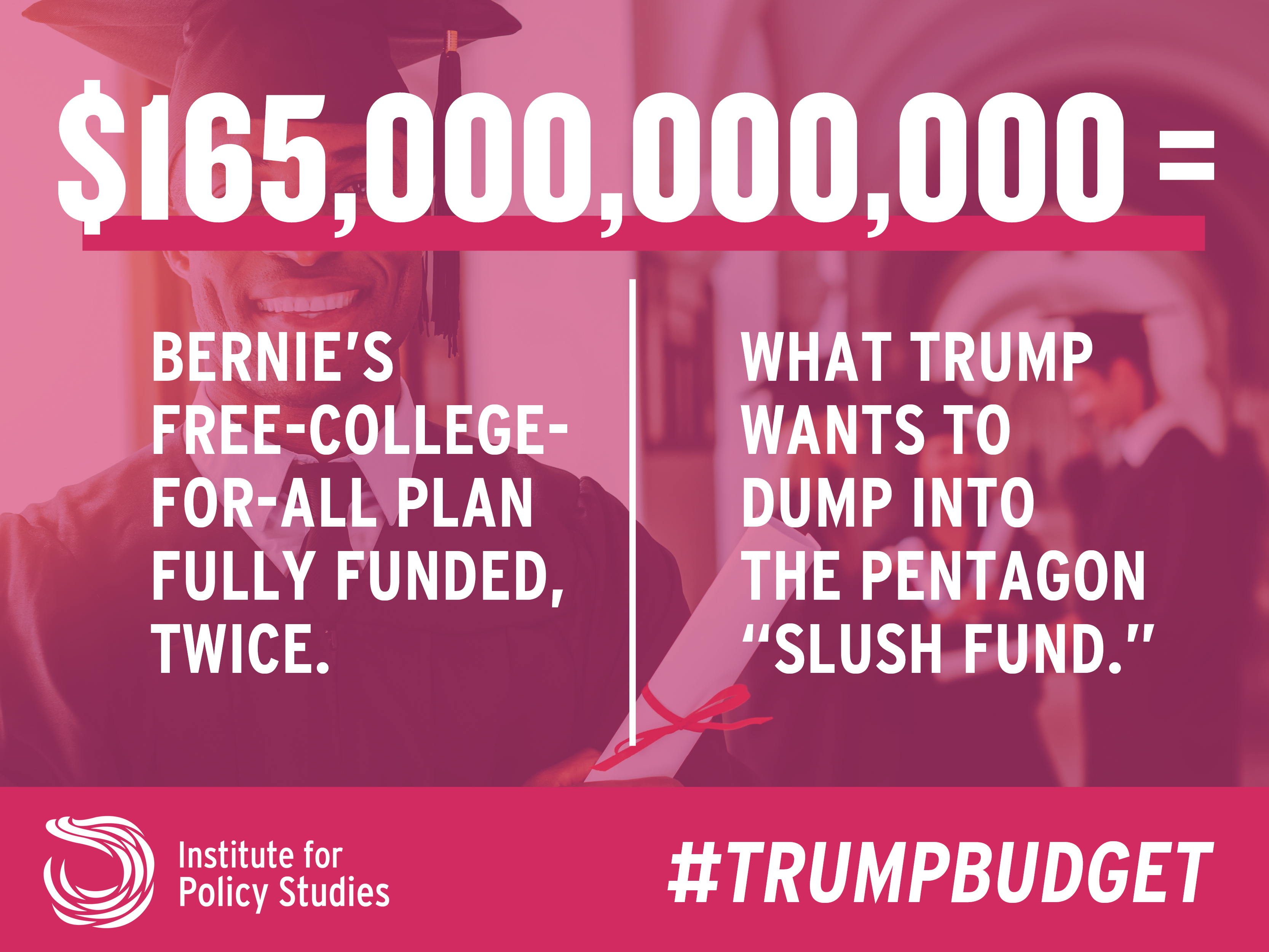 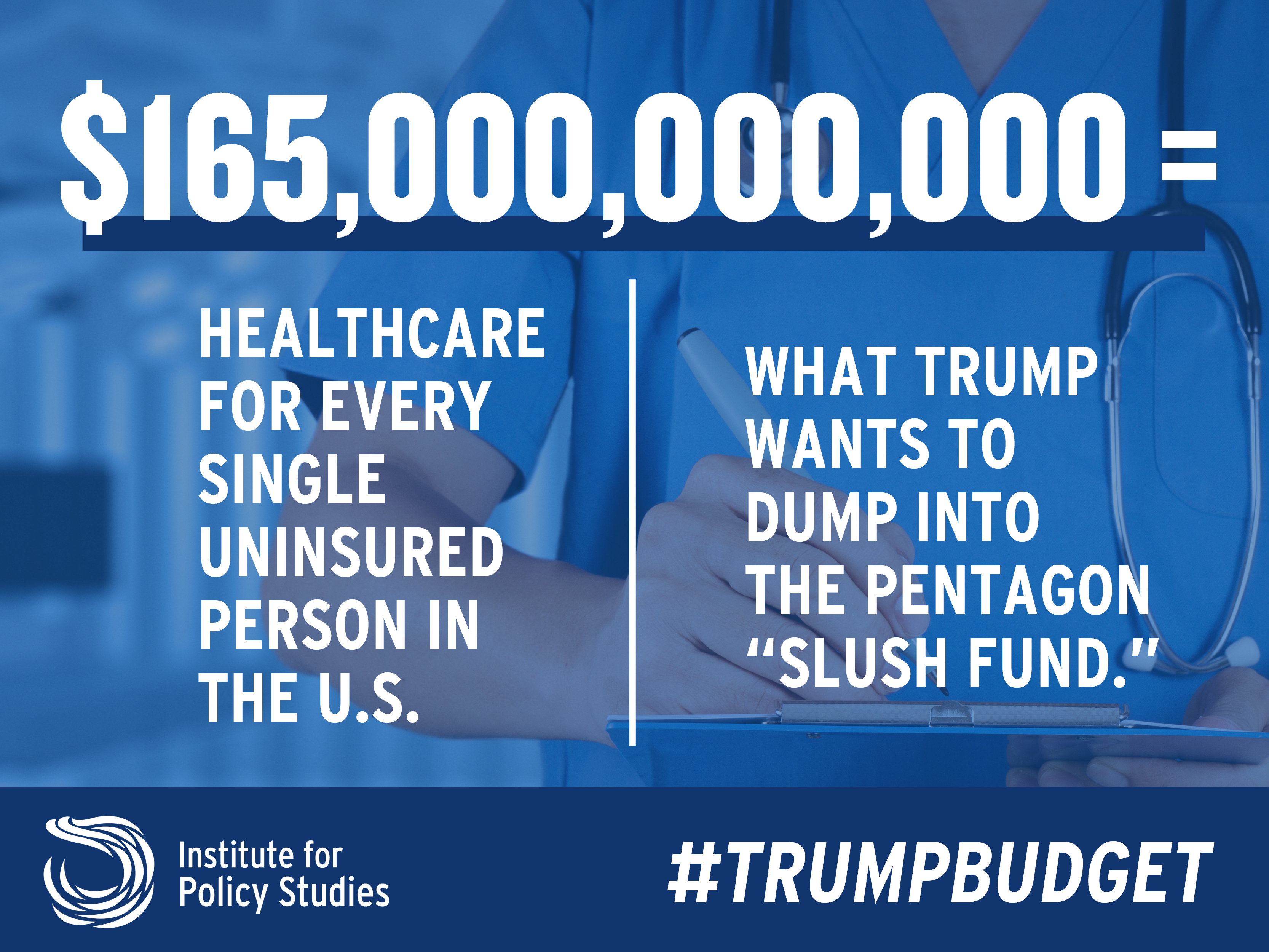 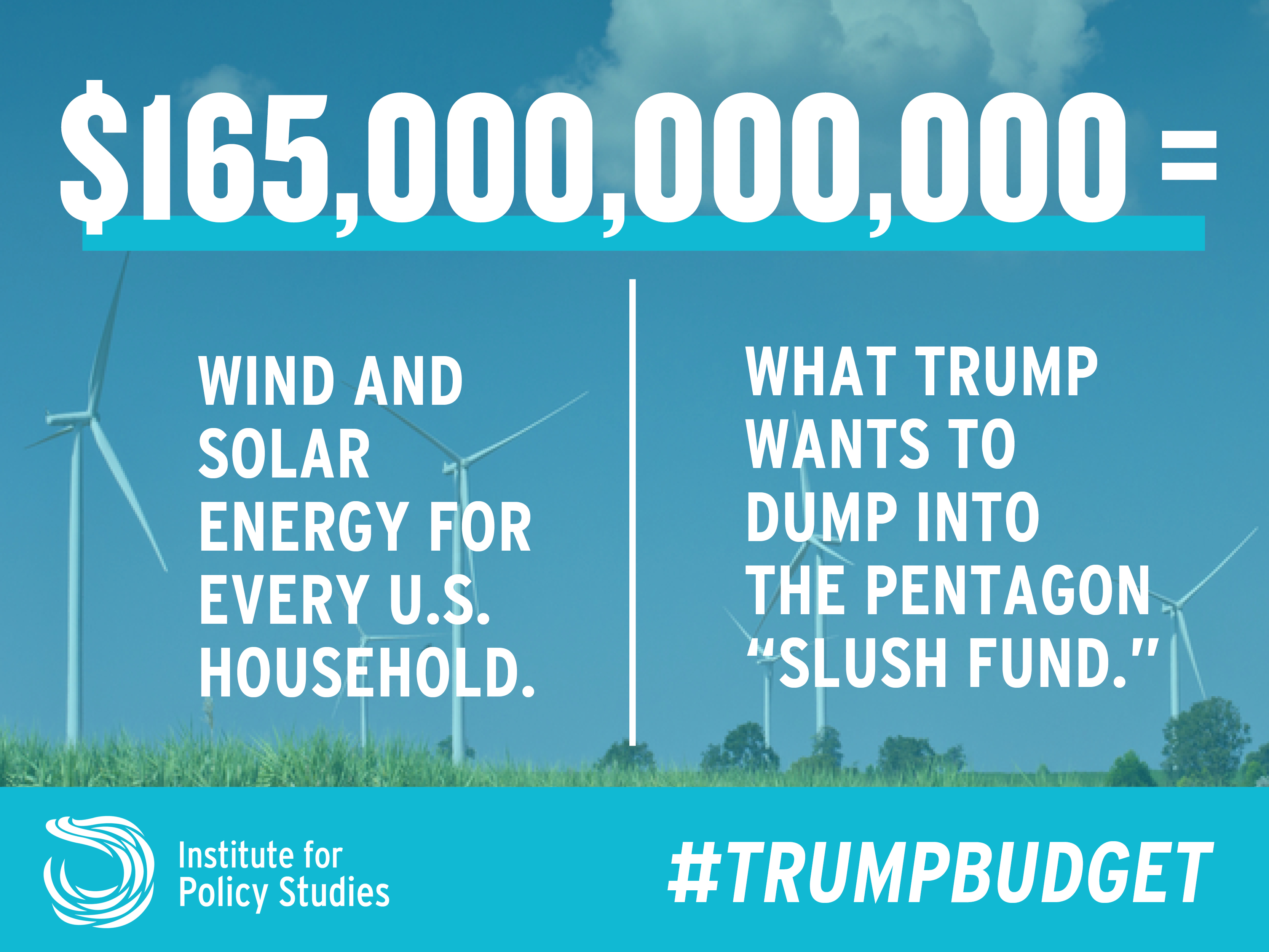 The president's budget request is just a proposal; he's unlikely to get much of what he wants by the end of the federal budget process. But every budget is a moral document, and every dollar (or billion dollars!) spent is a trade-off between different potential priorities. And the distance couldn't be clearer between this administration's priorities and the priorities of a truly moral society.

For more on the Trump budget, see our preliminary analysis here.

Your taxes provided $48 billion to Lockheed Martin. And some other stuff. »