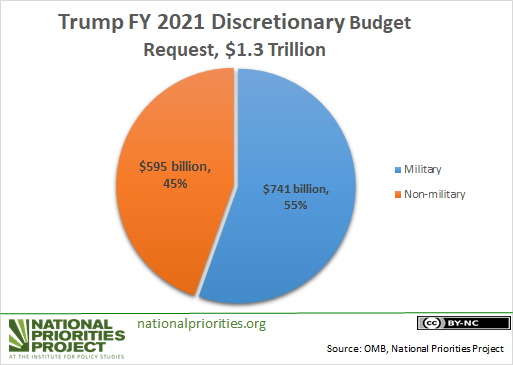 The president's 2021 budget proposal, delivered today, would put 55% of the $1.3 trillion discretionary budget toward the military. By 2030, that proportion would increase to 62% military, primarily through ongoing reductions in domestic spending.

« Yes, We Really Can Cut the Pentagon to Pay for Medicare for All