Your taxes provided $48 billion to Lockheed Martin. And some other stuff. 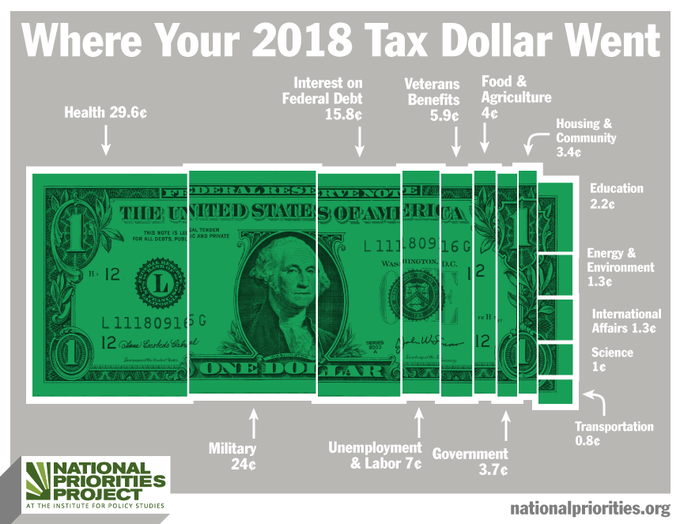 That's nearly three times as much money for contractors as it is for the troops. The biggest federal contractor, Lockheed Martin, made out with $48 billion in Department of Defense contracts in 2017 (the most recent year for which full data are available.) On your average tax receipt, that looks like a charge for $230, for just one company.

For the average tax receipt for the U.S. or your state, or to get your personalized tax receipt (just type in line 15 from your 1040), visit our tax receipt.

Read more eye-popping comparisons in Where Your Tax Dollar Was Spent in 2018.

Check out the landing page with all our Tax Day 2019 resources.