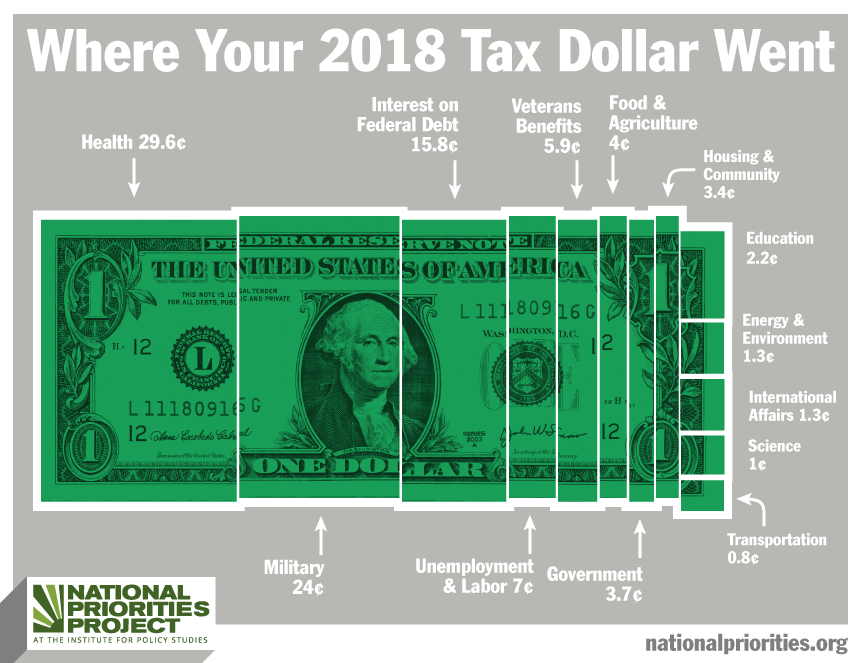 1. Health care is the biggest item on your tax receipt.

The health care portion of your tax dollar is split almost equally between Medicare (11.4¢) and Medicaid (12.9¢). Medicare is also 42% funded by a trust fund that comes from your payroll taxes, so all told, it is more expensive than Medicaid. Together, these programs provide health care for one in three Americans. Medicaid has been shown to be more cost effective than private insurance.

The National Institutes of Health, which funds a great deal of federal medical research into cancer, the opioid epidemic, Alzheimer’s disease, influenza and more, accounts for just 1.1¢ of every tax dollar.

2. The military takes 24 percent, and military contractors take half of that.

Of every dollar you pay in income taxes, 24¢ goes to the military – but only 4.8¢ goes to our troops in the form of pay, housing allowances and other benefits.

Out of that 24¢, 12¢ goes to military contractors, including 1.6¢ for the Pentagon’s biggest contractor and maker of the F-35 jet fighter, Lockheed Martin, and just under a penny (0.8¢) for Boeing – whose former executive Patrick Shanahan is now the acting U.S. Secretary of Defense.

That 24¢ doesn’t include the separate 5.9¢ that supports our veterans by providing health care, income support and job training, and other benefits.

3. We spend more on nuclear weapons than… lots of things.

4. We spend 22 times as much dealing with natural disasters as we do on renewable energy.

In a time of rapidly accelerating climate change, the Environmental Protection Agency got just 0.3¢ out of every taxpayer dollar last year. That’s just $38 from the average taxpayer for the EPA, which has been threatened with a 31% budget cut (to $6.1 billion) under President Trump’s proposed 2020 budget.

Keeping the EPA fully funded against that proposed cut would cost just $11.63 for the average taxpayer, to help ensure clean air and drinking water, clean up toxic Superfund sites, and keep lead and other dangerous substances out of our environment.

Meanwhile, the average taxpayer spent 22 times as much to help the federal government deal with the aftermath of natural disasters fueled by climate change ($179, which includes $33 for flood insurance, $22 for managing wildfires, and $124 for disaster relief), as the mere $8 they spent to support renewable energy and energy efficiency, which could help us shift more rapidly away from fossil fuel use and reduce the damage of climate disruption in the first place.

5. Individuals like you contribute more to the federal government than corporations do.

So far in fiscal year 2019 (which began in October), corporate income taxes have made up just five percent of all federal revenues. That means that for every dollar corporations are paying in income taxes, individuals are paying more than ten dollars. 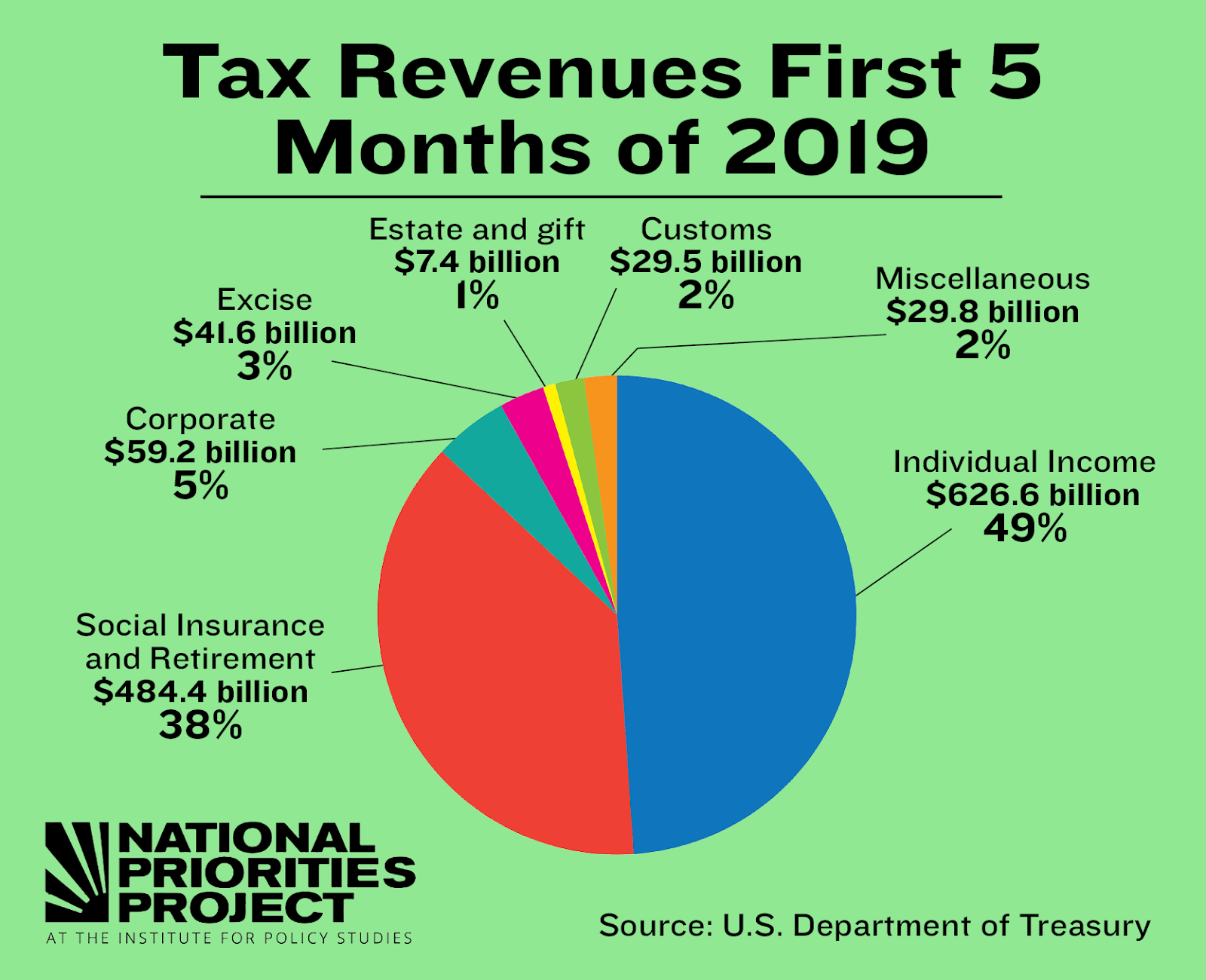 6. The Trump tax plan has saved billions of dollars — for corporations. 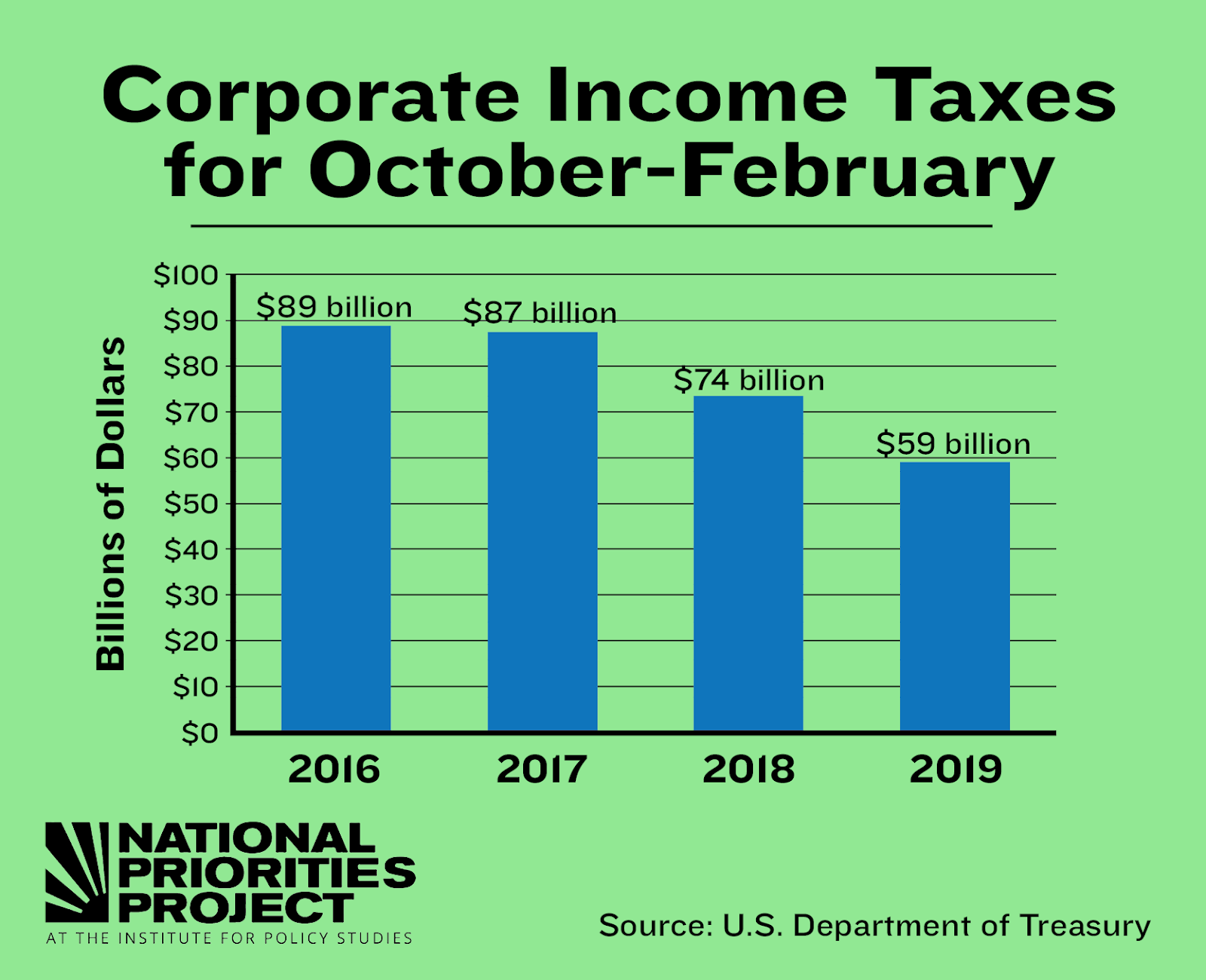 7. The top individual tax rate used to be 94 percent.

Our progressive tax code is designed so that the more money you make, the higher percentage of income you pay in taxes. Ideally, everyone pays what they can afford, and our government has the money it needs to function.

Starting in 2018, the highest tax rate for the wealthiest Americans was 37 percent. Only taxpayers with incomes over $500,000 (half a million dollars) pay this rate, and it only applies to their earnings above that amount. But there’s nothing magic about 37 percent. In 2017, before the Trump tax plan took effect, the top tax rate was 39.6 percent. If you go back to just the 1960s, 70s or 80s, the top tax rate was much higher – between 50 and 94 percent.

That doesn't mean that anyone would have paid 94 percent of their earnings - to taxes rates don't work that way. The top tax rate only applies to a person's income above a certain level. Everything before that level is taxed at a lower rate.

Higher tax rates had significant inequality-busting effects, by essentially reducing incentives for income-hoarding at the top of the income scale, and making more money available to circulate in the economy, fund government programs, or whatever we the people decide. 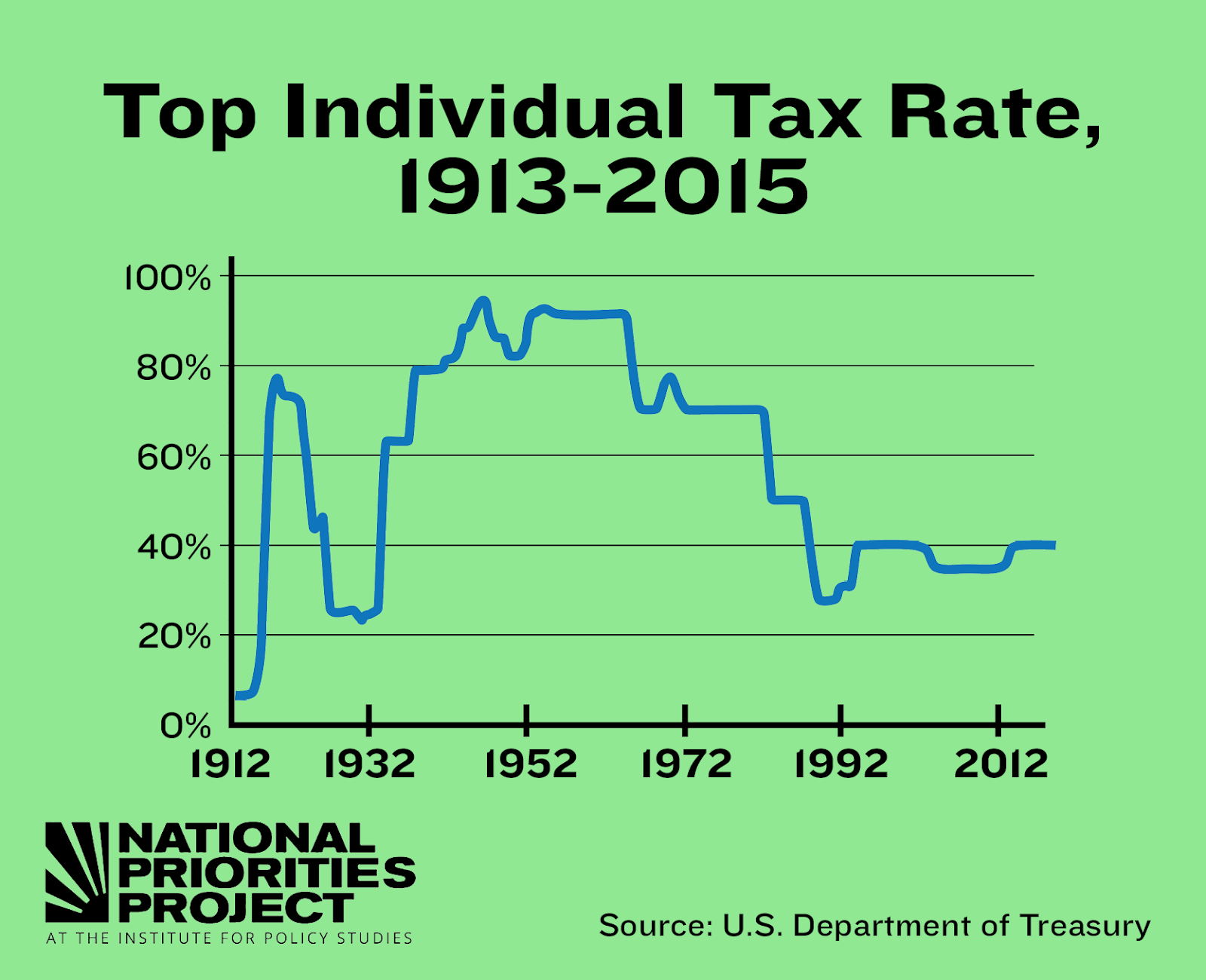