The Future of Federal Spending Transparency Part One: Recovery.gov

This is the first part of a guest post from Hudson Hollister, Executive Director of the Data Transparency Coalition and former Counsel for the House Committee on Oversight and Government Reform. Read part two here. 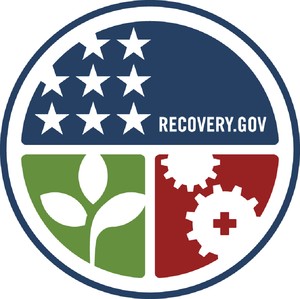 Three and a half years ago, Congress passed the federal stimulus law, which required 28 federal agencies to spend hundreds of billions of dollars to stabilize the economy. To oversee the program, Congress established the Recovery Accountability and Transparency Board (Recovery Board). President Obama appointed Earl Devaney, the inspector general of the Department of the Interior, to lead the Recovery Board.

The stimulus law required Devaney and his small staff to set up a website, later named Recovery.gov, to provide details about every stimulus grant and contract. Each of the 28 separate agencies that would spend stimulus money was already reporting all of its grants and contracts to government-wide databases. But Devaney and his team discovered that they could not use these databases to provide content for Recovery.gov.

Many agencies were reporting the grants and contracts manually – making for a very high error rate. There was no government-wide system of code numbers to identify each recipient, each grant, or each contract. As a result, the data couldn’t be searched to show one company’s contracts from multiple agencies. Data for many programs wasn’t being reported at all. And nobody was in charge of checking agencies’ submissions for completeness – which meant that the government had no master list of which programs’ data was missing. (In 2012, all of these problems still exist.)

The Recovery Board couldn’t derive accurate, searchable, complete spending data from the existing databases. Fortunately, Congress had required stimulus grantees and contractors to file accountability reports. The Board used these recipient reports to build a new reporting platform from scratch.

The Recovery.gov platform is very different. First, the Recovery Board standardized the electronic structure of the recipient reports so that they contained the same basic categories, regardless of which of the 28 agencies had spent the money. The Board established stimulus-wide identification codes for grants and contracts. Finally, the Board asked the agencies to help identify the recipients who didn’t report. Every quarter, that list was published on Recovery.gov for all to see.

The Recovery Board’s hard work and innovation paid off.

Thanks to its standardized structure, Recovery.gov’s data is accurate. Some recipients’ business software can prepare the quarterly reports automatically, minimizing human error. Thanks to its consistent identifiers, the platform easily detects situations where multiple agencies fund one recipient and displays relationships between different recipients. The power of shame reduced the number of non-reporting recipients from 4,359 to 375, out of more than 170,000.

As of the Recovery Board's March 31, 2012, performance report, federal inspectors general using Recovery.gov’s data had opened more than 1,800 investigations of questionable recipients, recovered $20 million from them, and prevented $29 million from being paid out at all. Media, watchdog groups, and citizens mined the data to break stories, craft policy arguments for and against the stimulus, and keep tabs on local projects.

The Recovery Board’s work proves that standardization and accountability can change everything. Recovery.gov is a proof-of-concept for the future of transparency for federal spending in this country.