Best of 2012: From tax cuts to the fiscal cliff

What a year for the federal budget! In 2012, our nation tackled complicated topics ranging from tax cuts to sequestration. The November election pivoted on candidates’ federal spending and revenue plans, and highly polarized debates about the so-called “fiscal cliff” continue to rage in Washington.

What's Ahead for the Fiscal Cliff?

At this moment, details emerging from the closed-door so-called fiscal cliff negotiations between President Obama and Speaker Boehner are out of step with the values and interests of the majority of Americans. Yet our voices -- our priorities -- should be central in any deal surrounding how our government will collect and spend our tax dollars for years to come.

Given what’s happening today, it’s abundantly clear that the federal budget will remain center-stage in the months and years to come. NPP will be here with you every step of the way. And we have a lot of work to do.

But first, let's celebrate what we've accomplished in 2012. 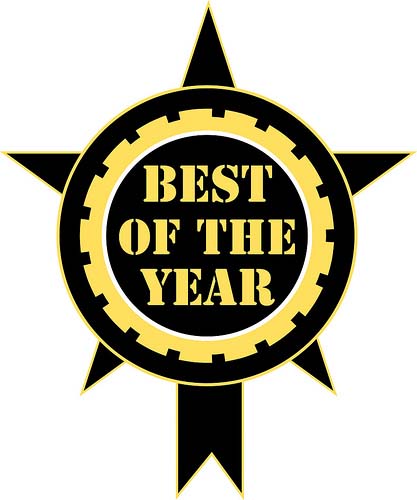 I am moved by NPP’s efforts in 2012. Our small but tireless team joined forces to ensure that NPP provided clear, accessible, engaging, unbiased budget analysis and tools which have become essential resources for our democracy.

In short, we bolstered an electorate with information, strengthened the actions of our amazing national partners with key data, and deepened the media’s approaches to a wide range of federal budget stories.

In May, we released a new, highly-acclaimed book A People's Guide to the Federal Budget, with the radical idea that every American should be able to understand and influence the federal budget.

We produced If Paychecks Could Talk, an animated video showing you what happens to those tax dollars that get taken out of your paycheck.

Through our If I Had a Trillion Dollars youth video contest, young people from around the country traveled to Washington and met with their representatives on Capitol Hill.

Our Election 2012 Voters Guide helped thousands of you understand the high-stakes budget issues during the election season and how the two presidential candidates differed.

More recently, our resources on the so-called fiscal cliff were cited by multiple major media outlets -- check out all the great media coverage we received this year.

In just the last two months, we launched a new online game called Build a Better Budget and partnered with Young Invincibles for ground-breaking research on how our federal budget priorities affect young people.

We were honored to be your guide to our nation's messy and complicated federal budget in 2012. We'll hit the ground running in 2013 as all eyes remain glued to the budget's twists and turns. In a healthy democracy, every person's voice matters -- and you can count on our tireless and savvy team to stick by your side in the coming year.

As we close out a memorable year, will you join NPP as a supporter? We’re trying to raise $25,000 in online donations before December 31 -- and we need your help to reach that goal. If you haven’t already, please consider making a donation right now. Thank you!

On behalf of the staff, board, and advisors of National Priorities Project, I send all good wishes for a joyous new year.