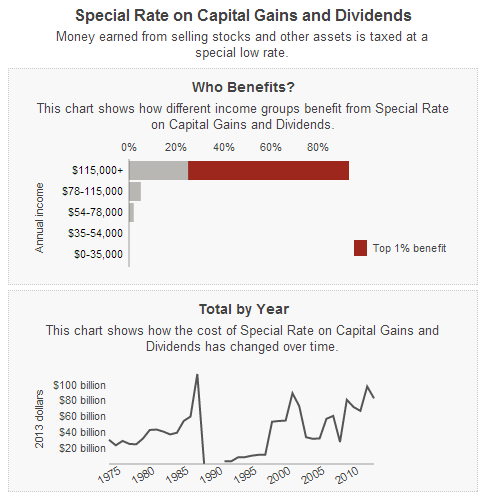 Source: OMB, CBO. Click here for the full, interactive version of these charts.

The tax code is so full of tax breaks that this year it will cost the federal government more than $1 trillion – as much as all discretionary spending in the federal budget. Tax breaks are all different kinds of credits, deductions, and exclusions that allow people to reduce the amount they owe in taxes. But not everyone benefits equally. The top 10 tax breaks – which total more than $750 billion this year – heavily benefit the top 1 percent of earners. For instance: