Tax Loopholes: Not Just for Apple 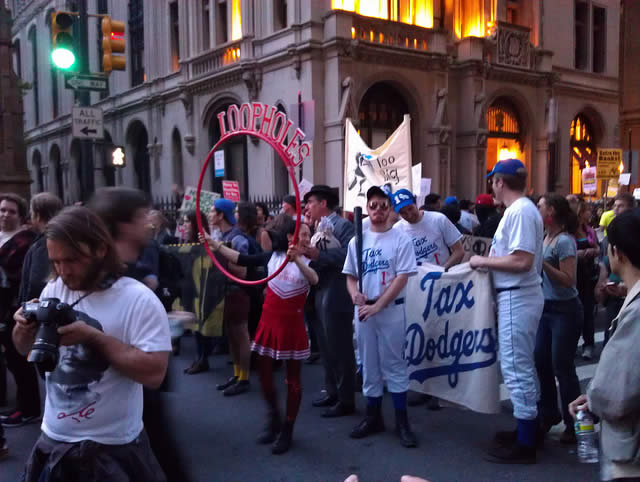 We have just what you've been waiting for: We're launching – get ready for this – a whole new project on tax breaks. That might be enough to get you excited, but just in case it's not, try this on for size.

Together, all tax loopholes, deductions and credits in the U.S. tax code add up to around $1.2 trillion this year. That's about 50 percent more than this year's federal budget deficit. In other words, the government would run a budget surplus if lawmakers closed all those loopholes.

Or look at it another way.

And that tax break for investment income is just one among hundreds of different loopholes, credits, and deductions in the tax code. These tax breaks are also known as tax expenditures, because the federal government is effectively spending money that would otherwise accumulate in the U.S. Treasury to fund any number of other programs. And these tax breaks don't apply only to individuals but also to corporations; Apple corporation made headlines recently for legally avoiding many billions of dollars in taxes by creatively exploiting a variety of loopholes.

The mission of this new project here at National Priorities Project is to make tax breaks transparent, so that everyone has the opportunity to see how our tax code works and who benefits. And if we as a nation don't like what we see, we have the power to change it.