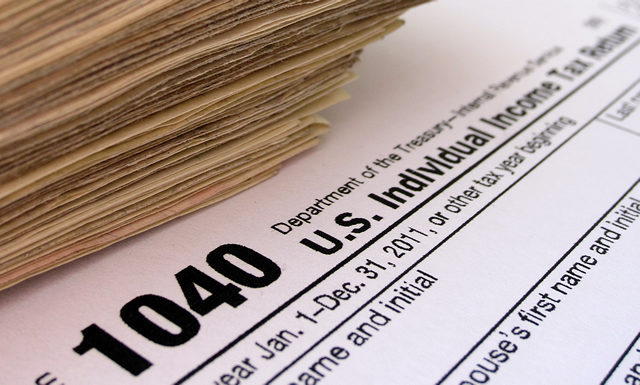 About 80 percent of all federal tax revenue comes from the paychecks of regular Americans. Using 2014 projections, that 80 percent works out to around $2.4 trillion.

That’s just one useful nugget from the Taxes and Tax Reform Fact Sheet, one of the short, easy-to-understand facts sheets we published so people can be well-informed when contacting their lawmakers during the August recess.

And hopefully you are planning to contact your lawmaker during the August recess! $2.4 trillion is a lot of money (check out the zeroes: $2,400,000,000,000), and we have a right and responsibility to tell Congress what to do with it.

This is also a good opportunity to tell Congress what you think about tax reform, because there’s a lot of money that isn’t being collected. According to the White House, the U.S. Treasury will lose $1.2 trillion in fiscal year 2013 to loopholes, deductions, and credits in the tax code.

Increasing revenue by simplifying the tax code and eliminating some of these breaks is a hot – and controversial – topic right now. There’s been movement in the Senate to wipe the slate clean and start the tax code anew, but those efforts have been sullied by secrecy.

And some lawmakers object to eliminating tax breaks without first agreeing on how the extra revenue would be used. To lower tax rates? For more spending on government programs? To pay down debt?

What would you do? Get more on historical tax collections and who benefits from tax breaks by perusing the Taxes and Tax Reform Fact Sheet. Then, take action by visiting your Congressperson’s district office, writing a letter, or making a phone call.