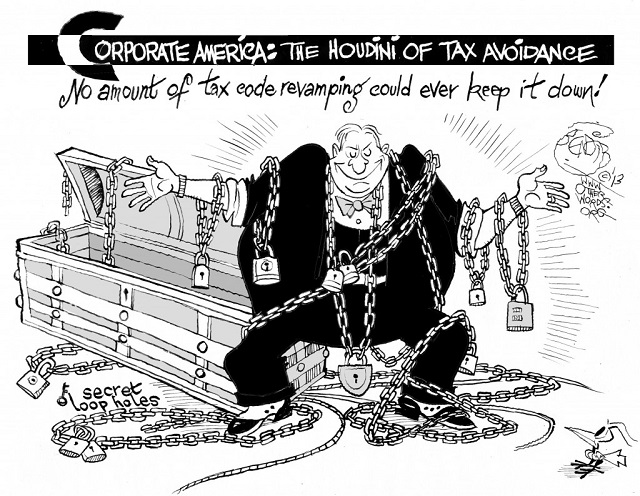 The federal budget expresses our nation’s values and priorities in numbers. It’s a blueprint for how our elected officials plan to make money and how they plan to spend it.

What happens in Washington, D.C. has a profound local impact. About 80 percent of all federal tax revenue comes from the paychecks of regular Americans, and every single person and every community in the nation is affected by federal spending priorities.

That means overhauling the tax code should be done in the open. A rewrite of the complex and arcane U.S. Tax Code — all 18 pounds of it in its paperback form — has begun in the Senate. More than $1 trillion per year in tax breaks, which are also called loopholes or tax expenditures, are on the table.

Senators Max Baucus and Orrin Hatch, the Committee’s Democratic chairman and top-ranking Republican, are leading on this overhaul. The pair has proposed a “blank slate” tax reform initiative. They are starting from square one — a tax code with no loopholes. Baucus and Hatch asked their colleagues to make a case for specific tax breaks and offer some justification for why a particular loophole belongs in the U.S. tax code.

When their Senate colleagues bristled at the thought of having to “go public” in support of specific tax give-backs, Baucus and Hatch promised them 50 years of secrecy. If this cloak holds, taxpayers won’t know which reforms their representatives fought for until 2063.

And all this secrecy will shield the big bucks on the table. Bottom line: when the government issues a tax break, it chooses to forgo the associated revenue. Less money coming in means less money to spend on the federal programs we care about, or to close annual deficits.

A new report from my organization, National Priorities Project, found that the top 10 tax breaks in 2013 will total more than $750 billion. While current tax expenditures benefit the majority of Americans, wealthy taxpayers fare the best by far. Seventeen percent of the major individual tax savings are on their way to the top one percent of U.S. households.

Corporate tax breaks alone are expected to reach $100 billion this year, or more than all federal spending on education. The largest of these allows multinational corporations to avoid paying taxes on their off-shore profits. That loophole will cost the U.S. Treasury $42 billion in 2013, an amount that’s two-and-a-half times more than the cost of Temporary Assistance for Needy Families, the federal welfare program, and a bit larger than the cut to the Food Stamp program passed this week by the House of Representatives.

Taxes and spending will dominate the debate this fall. We’re sure to hear soon about which breaks made it into the proposed new plan. We can bet large corporations haven’t been shy about making their demands known. Neither should you. Speak up. This is the perfect opportunity to make your voice heard.

Will the Government Shut Down? »