Top Five Things To Know About the Pentagon’s Budget Request 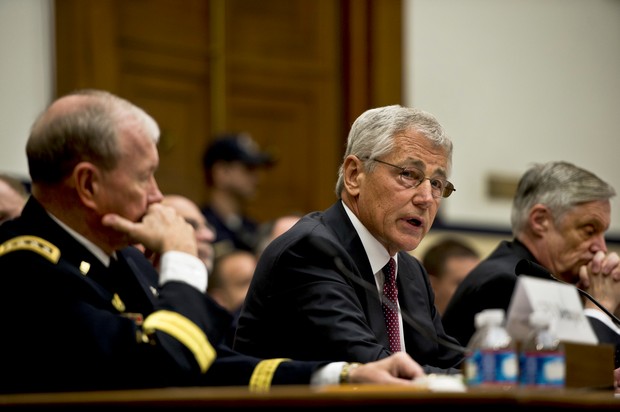 Last week the Obama Administration released its long-overdue budget request for fiscal year 2014. As part of the request, the administration is seeking $526.6 billion for the Pentagon. This amount does not including funding for wars or the nuclear weapons activities at the Department of Energy.  Here are five things you need to know about the FY2014 Pentagon request:

1) It Doesn’t Contribute Much To Reducing The Deficit

Despite concerns about the deficit this is only a 1.6 percent decrease in funding from last year. By comparison, this is far less than the 7.8 percent reduction in Pentagon spending that the Office of Management and Budget projects will result in FY2013 from the automatic spending cuts – known as sequestration – that went into effect on March 1.

Pentagon officials have indicated that they expect Congress and the White House will reach some sort of larger deal on the federal budget that will avoid additional cuts under sequestration. But considering sequestration wasn’t supposed to happen in the first place, and that the FY2014 budget process is already off to a shaky political start as Republicans and Democrats continue the gridlock that marked last year’s budget, that’s a pretty big assumption.

3) It Includes no Funding Request for War Costs

This is a technicality really, since the Pentagon says a request will be out within the month and have put in a “placeholder” amount equal to last year’s request – roughly $88.5 billion. But it’s interesting to note that with a budget request that was already delayed by two months, the Pentagon needs more time to figure out what the war in Afghanistan is going to cost. Stay tuned…

In a recent speech Defense Secretary Chuck Hagel pledged to put “everything on the table” in efforts to control the Pentagon budget, and said that the military must look at change “that involves not just tweaking or chipping away at existing structures and practices.” But the request includes no significant new strategic policy initiatives, nor does it cancel any of the major Cold War-era weapons like the F-35 fighter aircraft, the 'Virginia' class submarine and missile defense – most of which are behind schedule and over budget.

The request contains a couple of policy changes the Pentagon has proposed in the past that were considered “dead on arrival” long before they got to Capitol Hill. The request includes a new round of military base closures (BRAC) for 2015. It also proposes changes in the Pentagon’s TRICARE health insurance program to control spiraling costs.

Click here for NPP’s in-depth analysis of the Pentagon’s request, and see our analysis of the full FY2014 budget request. And check out the Top Five things you need to know about the Obama budget.