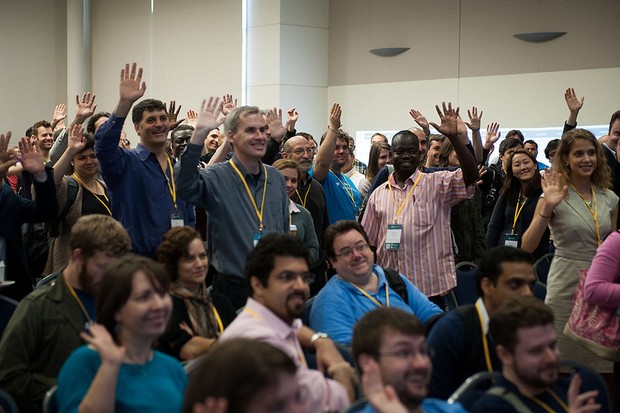 Earlier this month, I represented NPP at Transparency Camp, the Sunlight Foundation’s annual gathering of people interested in making governments transparent and accountable.

Transparency Camp is an unconference, meaning that its agenda is set by participants. That’s part of the magic, since 500 attendees come from all over the world and represent a wide range of perspectives: government employees, programmers, activists, watchdog organizations, lobbyists, and the media. Taking a few days off from business-as-usual and immersing yourself in these varying outlooks is enlightening and energizing.

For example, a few of us brainstormed a legislative agenda for open data. As more politicians become interested in championing transparency initiatives, what kinds of legislation would the community like them to pursue? Well, here’s what we came up with: http://transparencycamp.org/schedule/2013/creating-a-legislative-agenda-for-open-data/

The international aspect of Transparency Camp is another part of the magic. I met Onigbinde Oluseun of budgiT, NPP’s Nigerian counterpart.  This team scrapes Nigeria’s budget data from PDFs and makes it accessible to citizens in the form of visualizations, an interactive tax day tool, and trade-offs. Sound familiar? It’s affirming to swap stories and resources with people from around the world doing the same kind of work.

Finally, I was able to visit the offices of my representative and senators as part of the Sunlight Network’s Citizen Advocacy Day. After writing about the DATA ACT for the past year, it was gratifying to go to Capitol Hill and campaign face-to-face for better federal spending data.

Thanks, Sunlight, for another great Transparency Camp and for being a stalwart resource for the open government community.