This is the second part of a guest post from Hudson Hollister, Executive Director of the Data Transparency Coalition and former Counsel for the House Committee on Oversight and Government Reform. Read the first part here. 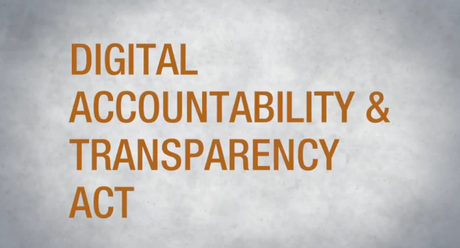 President Obama appears to agree that the Recovery.gov model is the future of federal spending transparency. In June 2011, he established a new panel of administration officials, known as the Government Accountability and Transparency Board, to figure out how to expand the Recovery.gov approach to all spending. He appointed Earl Devaney to lead the effort. Last December the Government Accountability and Transparency Board recommended a government-wide reporting platform with a standardized structure and consistent identifiers.

These goals are challenging. Several federal entities – OMB, Treasury, the GSA, even the Census Bureau – collect and publish spending data in different places. There is no agreed electronic structure, and nobody has the authority to impose one. The identifiers in federal spending data are incompatible. For instance, Treasury uses a system of two-digit codes to identify the agencies, while OMB uses a completely different system of three-digit codes. And some of the identifiers are proprietary, which means the government and the private sector must pay a vendor to use them.

The DATA Act’s platform will go beyond grants and contracts and cover internal spending too. If internal spending had been fully public, the General Services Administration’s Las Vegas convention would have become a scandal far earlier than it did (or wouldn’t have happened at all).

The House passed the DATA Act unanimously on April 25. The bill is now being considered by the Senate Committee on Homeland Security and Governmental Affairs. But it now faces significant opposition from grantees and contractors. In addition, Devaney himself has called out “pockets of resistance” within the administration. Thus, the legislation’s future is uncertain.

In April, a group of technology companies and nonprofits formed the Data Transparency Coalition to pursue federal data reform. Earl Devaney and six other leaders in government and industry make up our current Board of Advisors.

Our coalition will support the DATA Act, but our mission won’t end there. Other government data – regulatory filings, corporate disclosures, legislative actions – must be reformed too. Other countries are far ahead. For instance, governments of the Netherlands and Australia are each setting up a single electronic platform for all filings submitted by companies to regulatory agencies. They’ll save billions in compliance and IT costs.

Devaney and the Recovery Board have proved that data-driven accountability and transparency are technologically possible in federal spending. Congress and the executive branch have an opportunity to demonstrate that they are also politically possible.

You Ask, We Answer: Sequestration and the Pentagon »