What the Heck is Happening in Washington, DC?

Here's what's happening and why nerds and non-nerds alike should be paying attention.

Five Steps for Passing a Budget

There are five major steps to passing the U.S. budget. 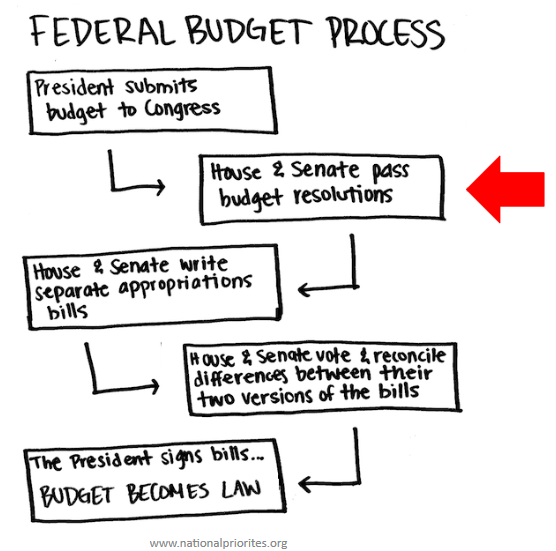 All five steps should be completed before the start of a fiscal year. Guess which step we're on for passing the current budget?

This is supposed to happen in the spring, but Congress couldn't agree, and that's how we got to the start of the fiscal year without a budget – causing a government shutdown. Now, a budget conference committee has formed to finish step two by December 13th.

If the conference committee does its job, we’re on to steps three, four, and five of the budget process, due on January 15th, 2014. Likely, lawmakers will take a shortcut by combining one or more of the twelve appropriations into a single spending bill (called an omnibus). Either way, if there’s no budget by January 15th, Congress will have to pass another temporary spending bill, or the government will shut down again.

Revenge of the Nerds

It's up to us to make sure lawmakers do their jobs. Nerds and others: contact your lawmakers and ask them to support a smart blueprint for 2014 spending, a de-politicized debt ceiling raise, and thorough and transparent process for creating the 2015 budget.