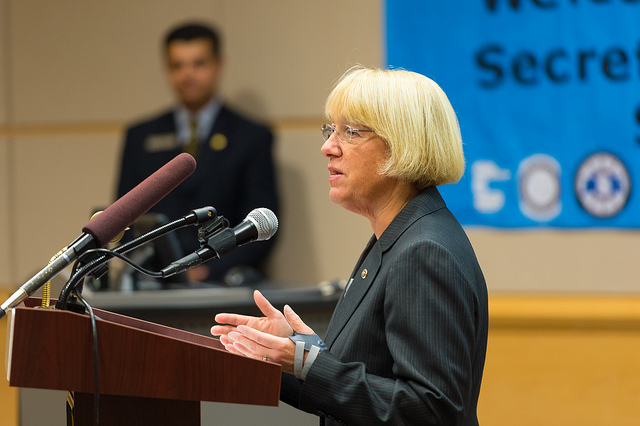 Senator Patty Murray/Photo by U.S. Dept of Labor on Flickr

With a task of paramount importance ahead of them, the Budget Conference Committee has limited time to reach agreement on a budget and avoid another shutdown. While the conference committee’s internal schedule is not public, Congress itself will be in session only 16 days between now and December 13.

Members of the Budget Conference Committee have a long way to go to come to an agreement. U.S. House Budget Committee Chairman Paul Ryan’s (R-Wisc.) and U.S. Senate Budget Committee Patty Murray’s (D-Wash.) original budget plans illustrate the wide gap the parties must bridge to arrive at a deal to keep the government open after January 15.

These negotiations are happening behind closed doors, which means we can’t hold Congress accountable for getting its job done. There’s also a real concern that the committee has given itself a very short amount of time to resolve significant differences in opinion about federal spending and revenue.

For the sake of our families and communities, we can't let the partisan brinkmanship of the October shutdown happen again.

The American people are pretty clear about their priorities. We know that Americans care about Social Security, tax reform, Medicare, sequestration, and the debt ceiling -- and it's time for Congress to listen.

We need Congress to take its appropriations responsibility seriously and support a smart blueprint for 2014 spending that reflects the priorities of the American people.

« What the Heck is Happening in Washington, DC?