What Do the Recent Supreme Court Cases (“Hobby Lobby” and “Harris v Quinn”) Have to Do with the Federal Budget? 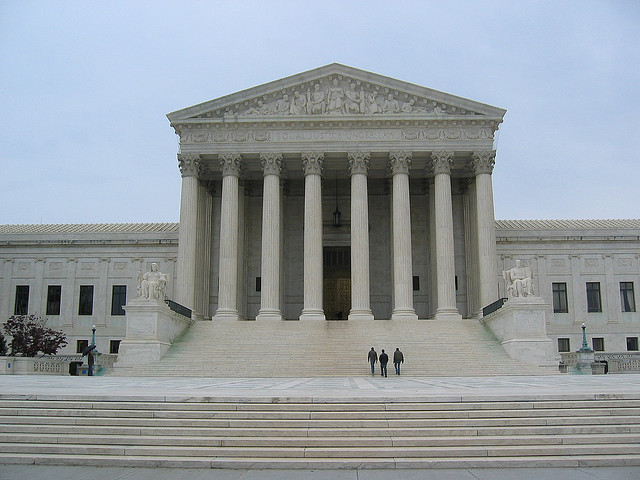 Two significant Supreme Court decisions announced a few weeks ago received considerable attention, for very good reasons. In Burwell v Hobby Lobby (aka “Hobby Lobby”), the Supreme Court pushed the boundaries in the complicated intertwining of corporate “personhood”, religion, reproductive freedom, and the health and well-being of women. And the decision in Harris v Quinn seemed to be just the most recent illustration that unions are under siege in America.

While the public discourse has focused on the social, not the budgetary, repercussions of these decisions, the connection to the federal budget becomes apparent when we scratch a little deeper. In the Hobby Lobby ruling, one budget “takeaway” is that a single-payer public insurance option (“Medicare for All”) would circumvent any restrictions resulting from the Supreme Court’s decision. In the absence of a single payer system, there is still room for the federal government to step in to ensure women have access to whatever forms of birth control they choose, in consultation with their personal physicians. Such a move would likely have a modest but real impact on the federal budget (though comparing that to the costs—both public and private—of denying access to contraception would be challenging at best).

As for the relevance of the Harris v Quinn decision for the federal budget, that connection speaks to the larger matter of income inequality and how it relates to public investments. Here’s how I break it down:

We’ll have much more to say on matters of income and wealth inequality, and economic equity more broadly, in the coming months. As Harris v Quinn illustrates, income inequality clearly is a significant federal budget matter. Stay tuned.

« The F-35: The Pentagon’s Most Expensive Weapon Can’t Even Fly