The F-35: The Pentagon’s Most Expensive Weapon Can’t Even Fly 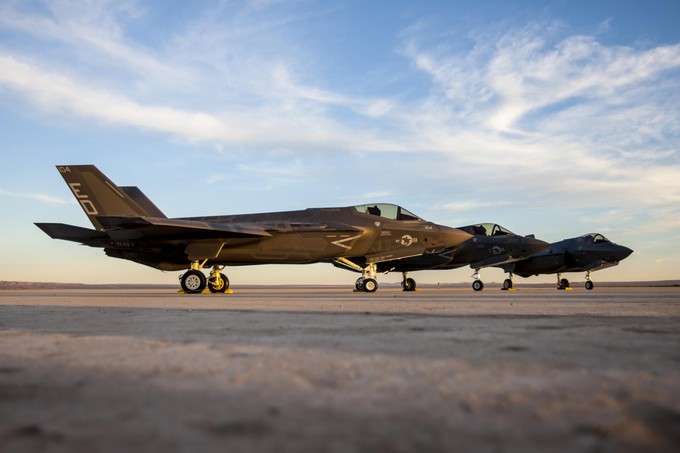 The Pentagon’s most expensive weapons system in history, the infamous F-35 Joint Strike Fighter, was recently grounded. Again.  In addition to being years behind schedule, billions of dollars over budget, and plagued with performance problems, the F-35 remains at the top of the Government Accountability Office’s annual report of risky Pentagon programs.

What’s baffling is that the Pentagon’s budget has managed to forgo billions in sequestration cuts that all domestic programs have faced, yet still cannot manage to get things right with the F-35. Can you think of any other government program for which that would be acceptable? What if Food Stamps didn’t actually feed people? What if the Highway Trust Fund didn’t actually pay for infrastructure improvements to our nation’s roads?

Experts estimate that total spending on the F-35 will amount to more than $1 trillion when it’s all said and done, including $400 billion spent so far to develop and acquire the aircraft and hundreds of billions more to operate and maintain them. Instead of the $400 billion we have already spent on the F-35, we could have bought a mansion for every homeless person in America.

And in his fiscal year 2015 budget proposal, President Obama requested an additional $8 billion for the F-35.

Here's an estimate of what we've spent in fiscal year 2014 so far:

Want to know what we could have gotten instead of the F-35 in 2014? Check out our trade-off tools.

« The United States Of America: Going Once, Twice, Sold!

What Do the Recent Supreme Court Cases (“Hobby Lobby” and “Harris v Quinn”) Have to Do with the Federal Budget? »