Today, Secretary of Defense Ash Carter previewed what is to come next week when the president releases his fiscal year 2017 federal budget proposal.

What we learned from the preview is that the Pentagon wants to continue sinking federal tax dollars into the F-35, a fighter jet that is billions over budget, years behind schedule, and is one of the Government Accountability Office's noted risky Pentagon programs. And just days ago, the Pentagon announced a new $61 million contract to Lockheed Martin, the maker of the ill-conceived aircraft, adding to the billions already down the drain.

So we ask you: Are we in an alternate universe? Is this Star Wars? Is the F-35 our Death Star? 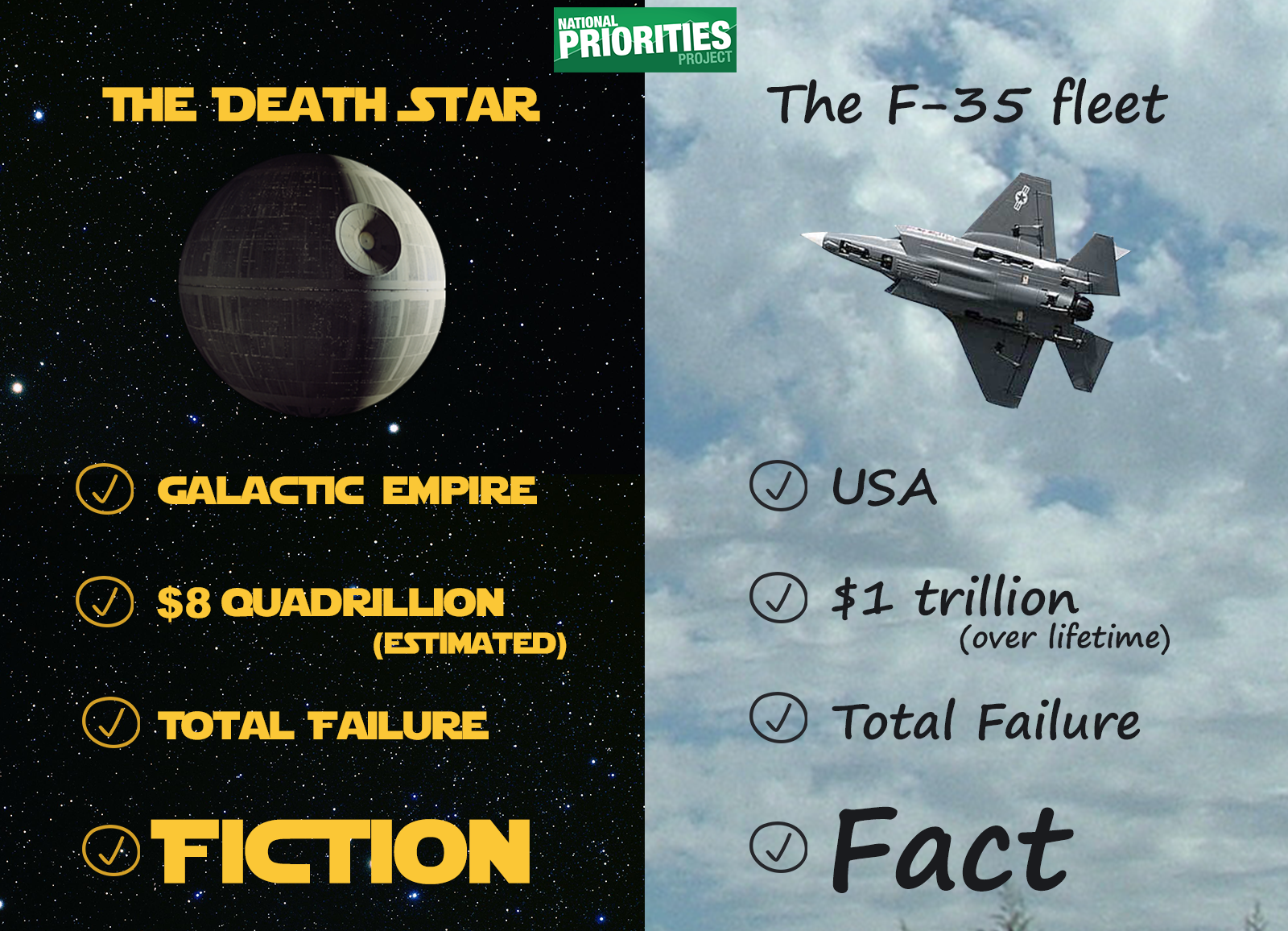 « Federal Funds and Primaries in New Hampshire and Iowa