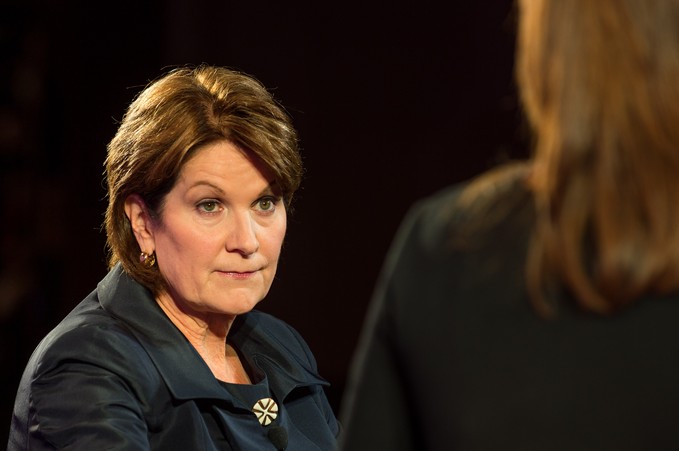 In fiscal year 2014, the United States government paid out an astounding $444 billion in federal contracts. That’s equivalent to almost forty percent of the federal discretionary budget for 2014.

Who got all that money, and what for? Here’s a rundown of the top 10 federal contractors in 2014. Hint: all of the top 10 contractors are for-profit companies, and all of them owe their status to military spending – something worth keeping in mind as Congress engages in battle over government spending levels for the Pentagon versus every single other priority, including health care, education, and job creation.

BAE Systems traffics in “defence, aerospace and security solutions” (and yes, they are a British company with significant operations in the U.S.), with products ranging from amphibious combat vehicles to “hyper velocity projectiles.”

L-3 bills itself as a “prime contractor in aerospace and national security solutions.”  Its products include explosive detection systems and holographic weapons sights, among others.

On its face, health care solutions company McKesson appears to be the lone non-military contractor among the group. But even McKesson would not be where it is without our country’s penchant for Pentagon spending:  it gets $4.2 billion in contracts from Veterans’ Affairs, and an additional $1.6 billion directly from the Department of Defense.

Northrop Grumman bills itself as providing “unmanned systems, cybersecurity, C4ISR, and security” solutions. Northrop Grumman makes the Air Force’s A-10 Thunderbolt II (also known as the “Warthog”), among others.

That’s 7% of all federal contracts, and the equivalent of three percent of discretionary spending in 2014, to just one company.

That company saw over $5.5 billion in profit, and paid its CEO more than $34 million in 2014. And the $32 billion it received from the U.S. government made up more than seventy percent of its total sales.

And Lockheed’s signature product? The F-35 jet fighter, which despite being in development since 2001, and being billions of dollars over budget, is not yet combat ready. The F-35’s top initial selling point?

Update: An earlier version of this post incorrectly claimed that Lockheed Martin paid its CEO $70 million in 2014. The correct figure is $34 million.

How DATA Act implementation is opening up federal spending »