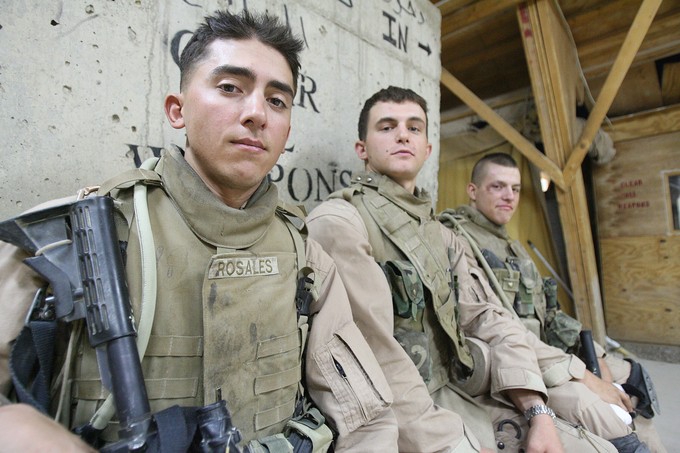 With calls for an increased U.S. military role reaching a fever pitch and President Obama’s recent announcement that he will outline a case for military intervention on Wednesday, the prospects of taking an outsized role in the Iraq conflict seem to be growing. At NPP we examine the nation’s priorities by looking at the bottom line: what does this mean for the federal budget? With a war budget that has topped $1.5 trillion since 2001 and ongoing cuts to domestic programs, it’s a serious question for voters in the upcoming November 4 election.

NPP has produced a series of Voter’s Guides to give you key facts about top budget issues, as well as questions for candidates. This week we’re focusing on the biggest single item in our nation’s discretionary budget (the part of the budget that Congress decides every year).

The U.S. spends more on defense than the next nine countries combined  – including more than three times as much as China, and more than seven times as much as Russia. We’ve spent $817 billion in Iraq, only to see the Islamic State wreak havoc there a short time after we pulled our troops out. Is this money well spent?

President Obama requested $60 billion in war funds for fiscal year 2015 (that starts October 1). With the renewed engagement in Iraq, will he request – or will Congress insist on – even more?

Read the facts, question the candidates, and then hit the polling booths.

Find out more: In the coming weeks NPP will release an exciting new tool that will give you extensive insights into federal spending and revenues in your state. As a preview, we’re releasing data this week that will let you see what share of federal contracts in your state are from the Department of Defense (hint: it’s probably a lot). Stay tuned!

« Election 2014: A Voter's Guide to the Federal Budget

State Smart: Cost of Military Contracts, Your State, and the Election »