Your Vote, and What Next? 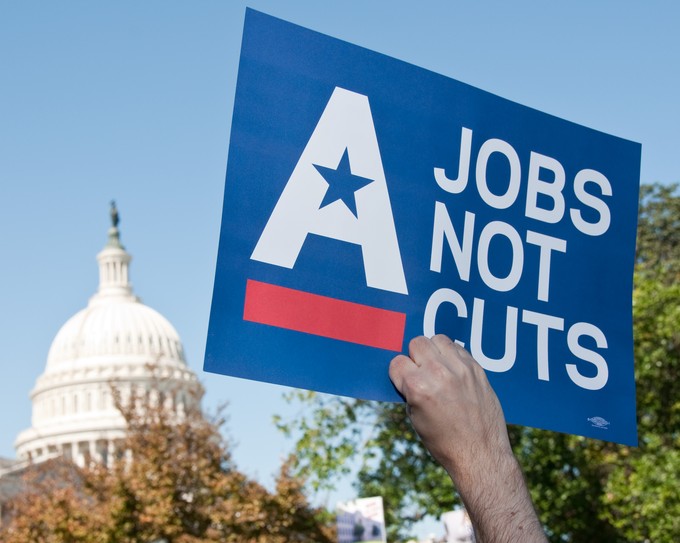 Photo by SEIU. Almost one in three respondents to our poll said jobs and the economy was their number one priority in this election.

While the pundits are dismantling what this week’s election results may mean for 2016 (some say not much), the short term reality is this: the President and Congress must find a way to govern for the next two years.

It’s heartening to know that of the respondents to our informal election day poll, 96% of you said you would or had already voted this year. Compare that to early estimates of voter turnout for all eligible voters, which now stand at about 36% and may be a record breaker for low turnout.

While few of our respondents said they wouldn’t vote, the most common reasons for not voting were feeling like it wouldn’t make a difference, or not liking the candidates or issues. Well, we have an antidote to that feeling: hold your elected officials accountable. Whether you voted for the winner or the loser or not at all, the best way to ensure that your representatives really represent you is to let them know what you want.

And what you want is clear: 29% of you said that you cared the most about the economy and jobs, followed by health care (11%), education (10%), social security (7%), and nearly as many write-ins for climate change and the influence of money in politics. (Some of you asked why we didn’t offer these options in our poll: with the exception of jobs and the economy, all of the preset options reflect NPP’s eight preexisting issue areas.)

So, whether you chose jobs and the economy or were one of the write-ins for women’s rights, how do you make sure your priorities are heard between now and 2016?

« Post-Election NPP: The 114th Congress and Beyond