What Can We Expect from the Lame Duck Congress? 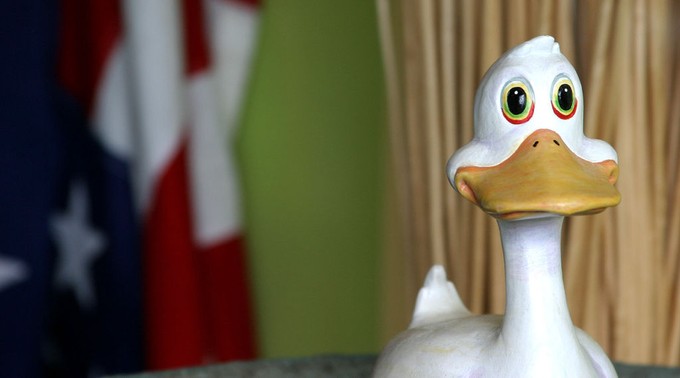 Lawmakers returned to Washington yesterday to begin work in the “lame duck” Congress that goes through the end of the year. There’s plenty to do, but there’s no telling how much will actually get done.

Back in September, we wrote about the top ten things Congress should get done this fall. Since then, not a single item on that list has been checked off. Here we try to narrow that list down and cross our fingers that Congress can get at least a few things done before the end of the year:

In order to accomplish anything over the next four weeks, lawmakers must break through the gridlock that has plagued them all year long. The recent mid-term election did little to help the situation, as Republicans have taken over the Senate and would like to postpone votes until they have control in January, and Democrats want to do as much as they can while they still have the votes to do so.

Still on track to be the least productive and least popular in recent history, this Congress needs to get its act together in order to reach agreement on anything.

Remember back in September, when lawmakers passed a continuing resolution to fund the government until December 11? Remember how they promised to pass an actual budget after the election? Well, the election has passed and now we’re hearing that lawmakers won’t put a spending proposal on the table until December 8 – just days before funding to keep the government open runs out. Some lawmakers are even pushing for another short-term funding bill to keep things running just until the new year, when newly elected lawmakers can make decisions about how to fund the government long-term.

As we’ve said time and again, stop-gap spending bills do not allow for public input and often don’t reflect current funding needs or opportunities for savings. And they make it difficult for federal agencies to spend their allocations efficiently when they don’t know how much they will actually have for the year.

Congress must act now to fund the government through the end of the fiscal year, which would allow lawmakers to adjust funding levels to address the nation’s changing needs and priorities.

Hold an Open, Responsible Discussion on Military Operations Against ISIS

After nearly five months of conducting operations against ISIS, Congressional lawmakers still have not debated or voted on an authorization to use military force against ISIS. Yet President Obama continues to request additional funds to continue the campaign against ISIS. And now that we’ve spent more than $1 billion against ISIS, a vote on what the U.S. role should be is not only long overdue, but also a matter of Congressional accountability.

What Can We Expect?

Congress has a lot to tackle over the next few weeks and all Americans should be demanding that they overcome crippling gridlock and make important decisions for our nation. Unfortunately, based on their track record, what we can expect from lawmakers may be significantly less than that.

« How Much Do We Spend on Our Nation’s Veterans?

What’s So Important About Tax Extenders? »