Now or Never: Congress Struggles to Beat its Do-Nothing Rep 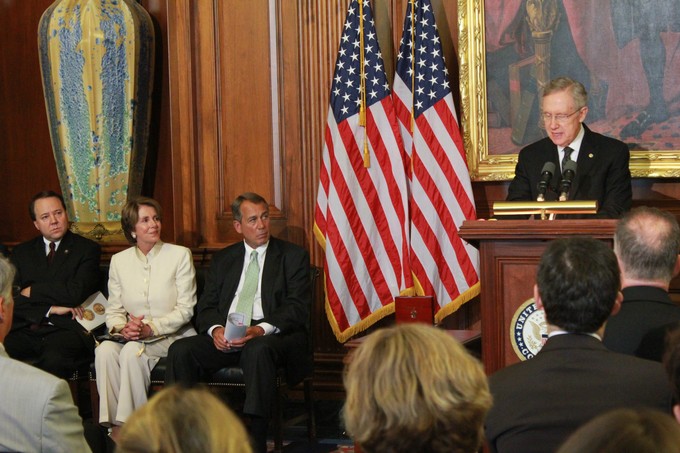 As members of Congress prepare to return to their home states for the August recess, turning toward their campaigns for re-election, polls show that our elected officials are as unpopular as they’ve ever been.

In large part, this stems from what many Americans see as a do-nothing, bickering mess in our nation’s capital. In one recent Gallup poll, Americans polled named a dysfunctional government and poor leadership as one of our nation’s biggest problems, second only to immigration.

This is no new issue; we’ve covered Congress’ seeming inability to pass a federal budget before here. Over the last year and a half, the reality of shutdowns, sequestration, and partisan grandstanding have taken their toll.

In the latest evidence of turmoil and dysfunction, yesterday the House of Representatives voted to sue President Obama. It’s discouraging, and it’s easy to see why it turns people off to politics.  Americans want government to come up with real solutions to real problems, not be the problem itself.

Short-Term Outlook: Real Opportunities in the The Next Two Days

Long-Term Outlook: Fall and Beyond

There’s every reason to think that this year, like years past, Congress will fail to pass a budget before the October 1 deadline, and there’s no end in sight for the gridlock that dominates this Congress.

Our country has real problems, and there are real fixes that only government can make. The antidote to Congress’ inaction is your action. Let your members of Congress know you expect more.  And be sure to vote this fall.

Veterans’ Administration: The bipartisan deal reached the week prior to the recess held. Both houses passed it by nearly unanimous margins: 91-3 in the Senate, and 420-5 in the House, proving that when Congress wants to, it can make bipartisan deals happen.

Highway Trust Fund: With only hours left to spare before projects around the country were set to be cut and workers sent home, Congress managed to send a bill to President Obama. Senate Democrats capitulated and passed the House's preferred version of the bill rather than see the fund go broke, but this still means the entire fight will resurface next year, as the temporary fix only funds the trust through May.

Border crisis: Out of the three last-minute issues, this is one where no agreement was reached. The House passed a $694 million version of a bill along party lines late Friday, while the Senate's $2.7 billion version didn't receive a vote. Without additional funding, federal agencies dealing with the crisis may run out of money while Congress is on vacation, forcing difficult reprogramming choices with no input from our elected officials.