5 Reasons to Talk to Congress This August 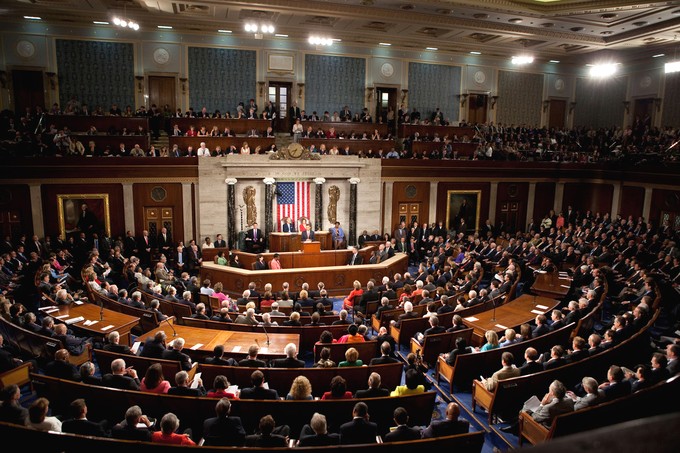 Members of Congress are not in chambers this month as they stay in their home districts for August recess.

It’s August, which means beach time, cookouts, vacation, and… talking to your Congressperson?!

It may not be the first thing you think of when you imagine how you’d like to spend the remaining lazy days of summer, but talking to your elected representatives should be at the top of your August “to-do” list.

Seriously. With members of Congress in their home districts for August recess, now is the prime opportunity to bend their ears about what you think is important going into the fall legislative season.

Here are the top 5 reasons why you should email, call, or visit your representatives this month:

1. More war is brewing in Iraq

President Obama has continued to ramp up air strikes in Iraq, adding an as-of-yet unspecified cost to the more than $817 billion we’ve already spent on war costs in Iraq since 2001. Despite clear signals from the American people that we don’t want to send troops back to Iraq, we seem to be on a slippery slope that could lead to renewed combat operations – and the threat to American lives and the financial cost to our nation that goes along with it.

2. Corporate flight is increasing your taxes

Recent attention to corporate “inversions,” in which U.S.-based corporations move their business address overseas to avoid paying taxes here, has set off renewed debate about tax reform. Although Congress is unlikely to take on comprehensive tax reform (even though it is desperately needed), there is momentum to place limitations on the ability for corporations to pursue offshore inversions. How does this affect you? The less corporations pay in taxes, the more you pay.

3. Children’s lives are at stake

With tens of thousands of unaccompanied children at our nation’s southern border, Congress will be weighing two starkly different proposals for how to address the border crisis. How much should we spend on refugee assistance to minors seeking asylum? How should we balance border security with humanitarian care? These questions and more are on the table and your legislators need to hear what you think is best for our country.

4. Tens of thousands of Americans are still jobless

Eight months have passed since Congress failed to renew unemployment insurance benefits for tens of thousands of long-term unemployed. With each passing month, more Americans lose access to the benefits they need to buy food, pay utility bills, and get health care. If you have been affected by lapsed unemployment benefits and this is a priority for your family, lawmakers need to hear from you.

5. It’s your right as a citizen

Although gridlock in Congress and partisan rhetoric make it easy to forget that our nation is supposed to be governed by “we the people,” you still have the right and responsibility to hold your lawmakers accountable to the interests of those who elected them.

If all 243 million Americans of voting age emailed, called, or visited their members of Congress, those we put into governing office would have no choice but to listen to our priorities.

And stay tuned for our suite of election-ready resources and tip sheets, coming right after Labor Day.

« $1.5 Trillion and Counting: What New Involvement in Iraq Means for Federal Spending