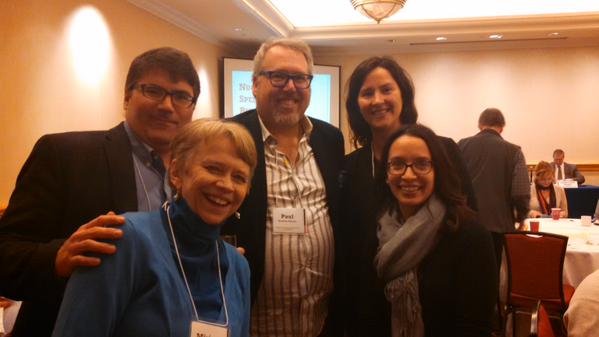 Last week, three of NPP’s own joined dozens of partners from around the country at an annual National Security Strategy Retreat held in Bethesda, MD, just outside of Washington, DC.

The event  boasted speakers and participants from across the political spectrum and included former members of Congress,  prominent thought leaders and experts in the national security and peace worlds, as well as Capitol Hill staff and journalists.

We spent two incredibly informative days participating in discussions on national security, nuclear and other weapons, and global conflicts. For example, we learned:

Tracking military spending in the federal budget has always been important to the National Priorities Project because it’s important to you. At the retreat, we also had the opportunity to strategize with national partners on how to raise awareness about military spending and how to shift national priorities to invest in domestic priorities here at home – something Americans consistently say they want.

In less than two weeks, the president will release his fiscal year 2016 budget, and other budget proposals will follow. We’ll be paying close attention to what each says about military spending in relation to the total federal budget – stay tuned!

What You Need to Know about the President’s Tax Plan »