Where Your Tax Dollars Go: Federal Funds vs. Trust Funds 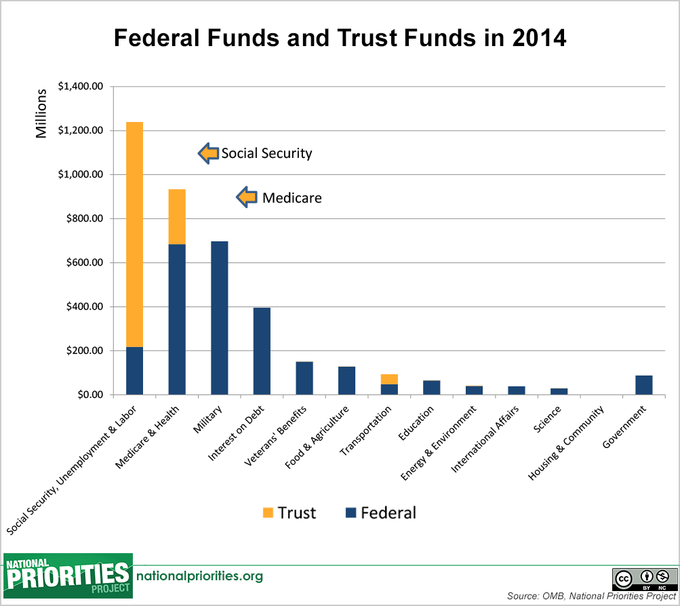 Unlike your federal income taxes, payroll taxes – what likely appears on your paystub as FICA, Social Security, or Medicare – don’t go into the big pot of federal funds, but instead go into trust funds. The tax you pay for Social Security is counted in the Social Security trust fund, not in federal funds, and likewise for Medicare. That means payroll taxes are not available for federal spending on the military, education or other programs. Another example of a federal trust fund is the Highway Trust Fund. The Highway Trust Fund is paid for by federal gas taxes, and is used for road and infrastructure repairs and improvements all around the country.

But most spending categories – from the military to education – don’t have trust funds of any significant size, which means they have to rely on federal funds that come largely from income taxes. On Tax Day, it’s all about federal funds that pay for the military, certain health care programs like Medicaid and the Children’s Health Insurance Program, education and other things.

Budget 2016 Update: No budget resolution yet »