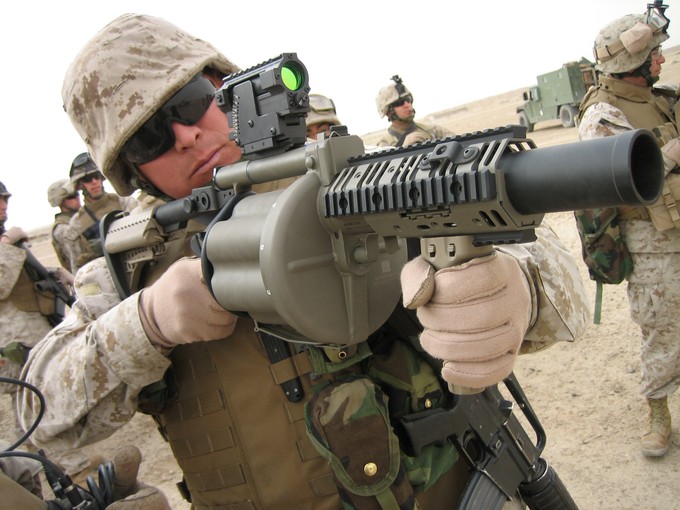 Under a new executive order, grenade launchers like this one can no longer be supplied by the Department of Defense to U.S. local police forces. Photo by Edward Liu via Flickr.

Under the 1033 program, the Department of Defense provides cast-off equipment to local police forces around the country: from tanks to ammunition, police forces have acquired military grade equipment that has become all too familiar in scenes of confrontations between police and local demonstrators around the country since demonstrations began in Ferguson, Missouri almost a year ago. According to the DoD’s Defense Logistics Agency, in fiscal year 2012 the program gave away $546 million in military equipment to local police agencies – a ten percent increase over the year before.

The role of some local police departments was criticized on Monday in a new report by the task force President Obama convened:

Law enforcement cannot build community trust if it is seen as an occupying force coming in from outside to rule and control the community. - Task Force Report

The appearance of armored tanks and grenade launchers only contributes to this view of local police as an occupying force. In Massachusetts alone, police departments have received more than $11 million in discarded military equipment since 1995 (not adjusted for inflation), including:

These items would presumably now be prohibited. The executive order also calls for additional oversight and accountability for military equipment, including police training and reporting on incidents involving the use of such equipment, and provides for new federal grants for police training and body cameras.

« Move the Money 2015: Shifting Spending from the Pentagon to Local Priorities in New Hampshire