Move the Money 2015: Shifting Spending from the Pentagon to Local Priorities in New Hampshire 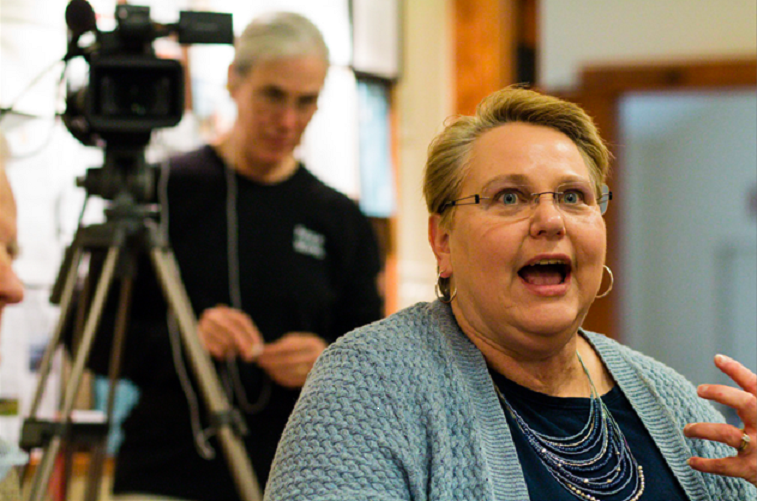 For years there has been a striking mismatch between federal spending and popular priorities. And while this issue is not new, the budget recently passed by Congress would drastically cut spending on domestic priorities while shoveling billions into a Pentagon slush fund called the Overseas Contingency Operations (OCO) fund.

Someone must hold Congress accountable. From May through July, National Priorities Project staff together with partners from the Peace Action Education Fund will visit four states as part of our Move the Money training series, encouraging local communities to engage in the federal budget process, learn about current spending priorities, and develop strategies for how to change them. On Saturday we made our first stop in Canterbury, New Hampshire.

New Hampshire is no stranger to Pentagon spending. With over 4,600 workers employed directly by the military, New Hampshire also received $1.48 billion in defense in 2013.

For the many New Hampshirites who, directly or indirectly, draw their livelihood from Pentagon spending, the idea of cutting that spending no doubt feels threatening. If lawmakers cut Pentagon spending, would thousands of workers suddenly be out of a job?

Moving the money from the Pentagon to local investment makes sense for New Hampshire’s people and economy. Participants in NPP and Peace Action’s training will work locally to make the case that not only can the U.S. and New Hampshire afford to move the money – but we can’t afford not to.

The Move the Money training series has been generously supported by the Colombe Foundation.

« The Good, The Bad, the Ugly: Top 3 Amendments to the 2016 National Defense Authorization Act