What if We Spent the Pentagon’s 2016 Slush Fund Differently?

The White House and congressional lawmakers reached a critical mass Monday night when they unveiled a budget deal that would both relieve harsh spending caps set to return in 2016 and avoid potential economic disaster by suspending the debt ceiling until March 2017.

If enacted, the deal would raise spending caps by $80 billion over two years, split evenly among domestic and Pentagon spending programs. But the legislation would also pad the Pentagon’s slush fund by $59 billion over and above the spending caps in 2016 – a gimmick that has rendered the budget caps useless when it comes to Pentagon spending. And while the slush fund was created to provide the Pentagon with a separate pot of funding for war-related efforts, an estimated $103 billion has been spent on “slush” – or non-war programs – since 2001.

Meanwhile, domestic spending programs continue to struggle and do not have access to their own comparable slush fund, which means they must live within their means.

But what would happen if we rearranged our priorities? After all, public opinion shows Americans support increased investment in domestic initiatives such as education, infrastructure, and the economy. Here’s what we could get if we spent the Pentagon’s 2016 slush fund of $59 billion differently. Which would you rather have? 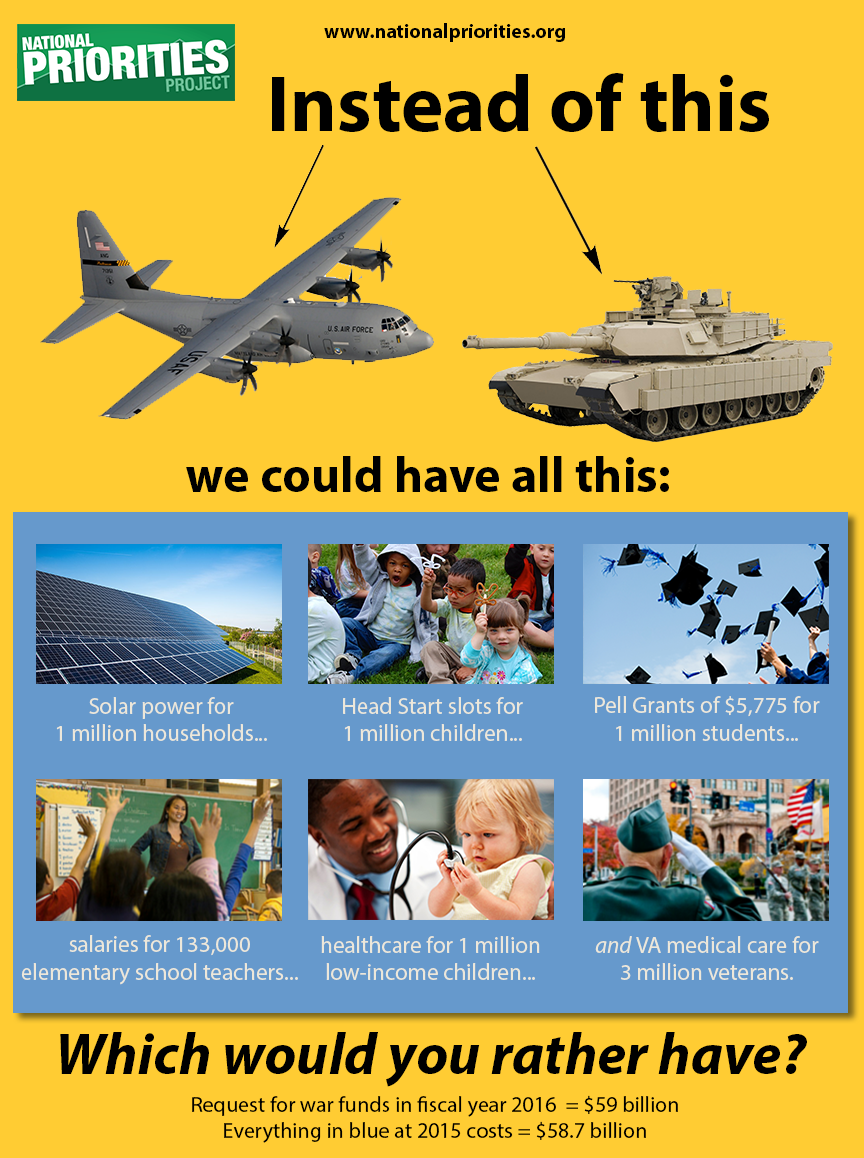