Six Things You Should Know About the Debt Ceiling 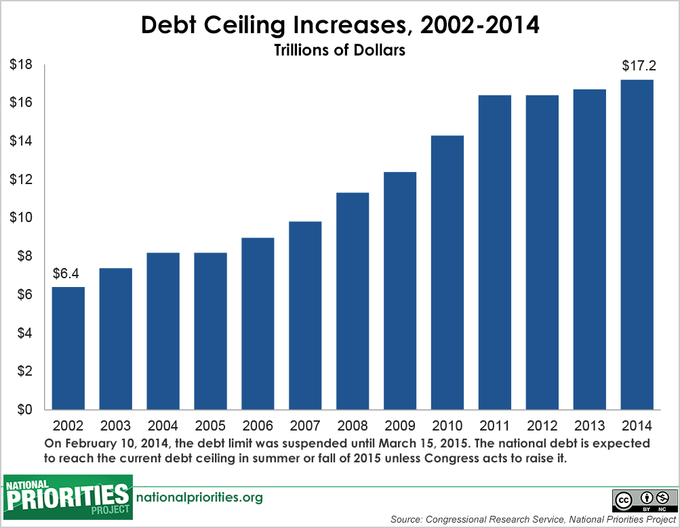 2. The stakes are incredibly high.

If Congress doesn’t raise the debt ceiling soon, it could spell major problems for government functions as bills begin to go unpaid: everything from Social Security to national security would be on the line.

3. There goes the economy.

Not raising the debt ceiling can have serious long-term consequences such as rising interest rates, a suffering stock market, and threatening jobs and savings – not to mention possibly hurting the country’s credit rating and world standing.

4. We’re out of alternatives.

The U.S. Treasury has already resorted to “extraordinary measures” to continue paying for operations of the federal government after a previous debt ceiling suspension ended in March. The only alternatives now are to raise the debt ceiling, or let bills go unpaid and suffer the consequences.

5. Congress can fix this.

Raising the debt limit does not authorize new spending. It just allows the Treasury to pay the bills for spending that has already been authorized by Congress. When they passed a budget last year, members of Congress knew perfectly well that the U.S. would reach the debt ceiling before the year was up. Congress has the legal authority to raise the debt ceiling and has done so numerous times before (see chart above).

Treasury Secretary Jack Lew has said that attempting to operate the government without sufficient money to pay the bills would be “profoundly irresponsible.”  And we agree.

The Lesson We Must Learn from Afghanistan »