Congress Votes on 2017 Pentagon Spending: The Good, Bad and Ugly 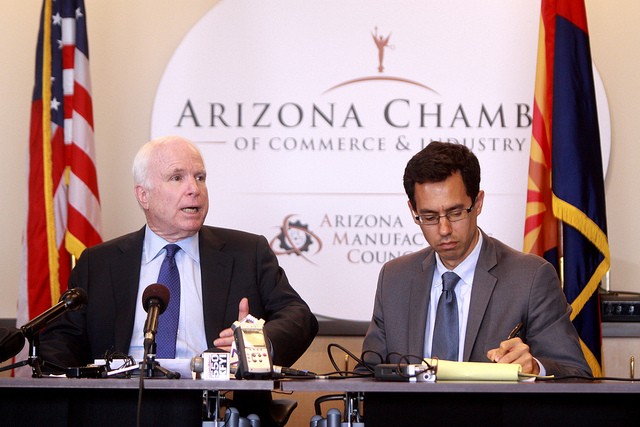 Fed up with the presidential election yet? Well, there are other games in town: remember it's Congress that holds the U.S.' proverbial purse strings. Over the past 10 days, both the House and Senate have held a series of votes on Pentagon spending. Both houses considered amendments to Pentagon spending bills that illustrate how our leaders are thinking about Pentagon spending. Here are just 3 examples:

Good: Senator John McCain introduced an amendment that would have padded the Pentagon’s slush fund with another $18 billion over and above what was agreed to in last year’s budget deal. McCain trumpeted his support for Pentagon spending in the Arizona Daily Star in part by noting that such spending "enhances Arizona's proud military industrial base." While the Senate passed a spending bill much to McCain's liking, in a win for common sense, his amendment to spend even more failed due to bipartisan opposition.

Bad: An amendment that aimed to prohibit the Pentagon from using war funds for other purposes failed in the House of Representatives. One hundred twelve lawmakers voted to end the slush fund gimmick.

Ugly: The House passed an appropriations bill that would explicitly shift money from the Pentagon’s war fund into the Pentagon’s core budget – which would leave the war fund empty by April 2017. Congress would then be likely to approve new emergency funds for the war budget – resulting in an overall funding boost for the Pentagon.

« Tell Senator McCain: No $18 Billion Bonus for the Pentagon

Senate to vote on PROMESA. But is this the way to help Puerto Rico? »