Senate to vote on PROMESA. But is this the way to help Puerto Rico? 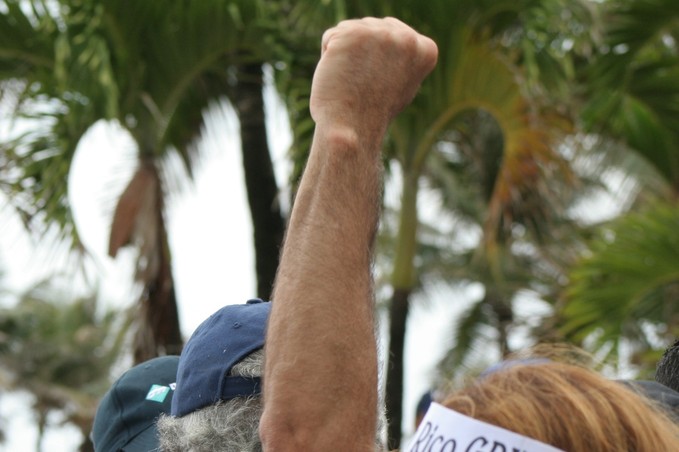 In a previous column, we explored some of the factors that have led Puerto Rico to the current crisis. Which leads us to the harder question: what should the U.S. federal government do about it? This became even more pressing when the Senate agreed to vote on PROMESA in the next two days. Here, we explore some options and see why there are no simple solutions to the very real problems Puerto Rico is facing.

Is a bailout the answer?

Not only would it be almost impossible to pass through Congress, even a complete bailout would not tackle all of Puerto Rico’s issues. They are structural, legal, and financial. Congress needs to pass policy reforms, especially regarding the Jones Act which has caused it to be extremely expensive for Puerto Rico to import goods, while they import 85% of their food and 90% of their total imports from the United States. A bailout would be a small bandage for a large wound and would eventually lead to a similar situation down the road.

What about allowing Puerto Rico to declare bankruptcy or restructure the debt?

U.S. policy says that Puerto Rico is just not allowed to declare bankruptcy or restructure the debt.

Some members of Congress are afraid that allowing Puerto Rico to declare bankruptcy would create a precedent for other states to mismanage money and fall back onto a safety net that will damage the country as a whole. Others are worried about how difficult it would be for the island to finance the crisis recovery if its credit rating took a hit after declaring bankruptcy. Then, there are the unintended side effects of a bankruptcy. One group who would suffer if Puerto Rico declared bankruptcy are retirees whose savings plans would come from these funds. Without access to these funds, many of them would not be able to support themselves and fall into poverty.

There are also those who serve to profit from Puerto Rico being forced to pay its debt in full. Some TV ads that are against allowing Puerto Rico to declare bankruptcy are being funded by dark money groups. While we don’t know who backs these ads, it’s likely someone with a real financial stake in the outcome.

Restructuring the debt would be the most sustainable solution out of all these imperfect options. It would allow for retirees and other investors to at least get some of their investments, and it would also help protect necessary government services. However, it would not solve ongoing deficits that continue to add to Puerto Rico’s debt. Both the U.S. Congress and Puerto Rico’s government need to change policies that are prohibiting Puerto Rico’s economy from growing.

Could Puerto Rico Try to Pay the Debt in Full?

To try to pay the debt in full the government of Puerto Rico must continue doing what it has been doing to cope: implementing oppressive austerity measures. Cuts to social spending have already been endorsed by Puerto Rico’s creditors, including urgings to fire teachers, close schools and make cuts to higher education. However, even the IMF says that austerity measures wouldn’t be enough to pay the debt.

Not to mention the consequences of austerity for Puerto Ricans. In 2014, almost half of the population of Puerto Rico lived under the poverty line. Power bills currently average more than twice those in the United States. Recently in Puerto Rico a hospital went without electricity and police departments have struggled to buy gas for patrols due to high gas prices.

Puerto Ricans also have the highest sales tax at 11.5%, and the lowest median income in the United States. In 2015, 57% of children in Puerto Rico lived under the poverty line. If the U.S. decides to maintain the economic policies making living expenses almost double that in the U.S. and decides to cut social programs, what happens to these children? To people already living in extreme poverty? To these essential services?

What about policies that push for economic growth, like creating incentives for corporations?

It would be very difficult for Puerto Rico to get out of this economic crisis without passing new policies for economic growth. Clearly, inciting corporations needs to be part of the equation.

But attracting foreign corporations can’t be the whole answer. Puerto Rico was recently dependent on foreign corporations, but after phasing out tax incentives, manufacturing employment plunged. Many factories downsized or closed. This contributed to the massive recession that led to the current debt. Instead of just passing more incentives for corporations to come to Puerto Rico, Congress needs to remove the policies currently in place that unnecessarily constrain Puerto Rican economic growth.

Some members of Congress have even suggested to sell Puerto Rico’s largest wildlife refuge, among with other private lands to try to help the economic situation. Public areas such as beaches and lakes might be the next targets.

The PROMESA bill would institute a control board that would have the power to set fiscal policy and veto any other law passed by elected officials.

Also, the bill allows for the the possibility of lowering minimum wage to $4.25 an hour for young Puerto Ricans. It is already very difficult for Puerto Ricans to afford basic necessities, but with this wage cut, austerity measures, and the proposed loss of overtime protections for workers, it would become impossible.

While the control board might permit some debt restructuring down the road, the rest of this policy would condemn thousands of people to destitution and the entire island to colonialism. This policy has already passed in the House of Representatives and is on its way to the Senate.

No Easy Answer for Puerto Rico

Every single one of these potential solutions for Puerto Rico come with adverse effects that could make or break many people’s futures or even the future of the island itself. Even restructuring the debt, the best of all alternatives, wouldn’t leave Puerto Rico in the state it needs to be in terms of policy.

Converting this crisis into one simple narrative with a clear solution is not possible once people know that every single decision has consequences. Unfortunately, there are many decisions between here and the end of Puerto Rico’s financial, legal, and political woes.

Senators will be voting this week. Contact your Senator to tell them what you think.

Gigi Litovich is working with NPP as a research and development student intern. She is a rising senior at Smith College, majoring in Government and minoring in Public Policy. Born and raised in Puerto Rico, Gigi is interested in Latin American and Caribbean studies, social justice, and intersectional feminism. This post is the second in a series about Puerto Rico. The viewpoints contained do not necessarily reflect the positions of the organization.

« Congress Votes on 2017 Pentagon Spending: The Good, Bad and Ugly