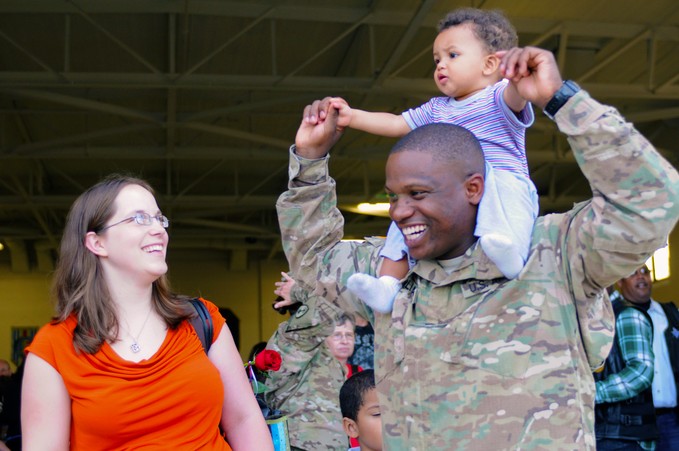 A soldier returns home from Afghanistan in 2013. Photo by The National Guard via Flickr.

“To all the men and women in our military, your mission is defined. The objectives are clear. Your goal is just.” – President George W. Bush, 2001, at the outset of the Afghanistan war

“Americans have learned that it’s harder to end wars than it is to begin them.” – President Barack Obama, 2014, on his plans to end the Afghanistan war

On Friday evening, news broke that the Obama administration is backing down from plans to remove combat troops from Afghanistan by the end of 2016. Instead, troops will remain in combat roles for at least two more years.

Yesterday, news broke that Defense Secretary Chuck Hagel, who had been in office less than two years and was charged with overseeing the drawdown of troops in Afghanistan, has resigned.

After 13 years – the longest-running American war ever – Americans have spent more than $764 billion on the war in Afghanistan. That’s enough to have powered nearly one in three U.S. households with solar panels for the duration of the war.

President Obama has asked for $63.6 billion in war funds for fiscal year 2015, including $5.6 billion in funds dedicated for ISIS. As we’ve pointed out before, this is enough money for the Pentagon’s current military goals.

Every day that this conflict keeps going is a day that we kick the can down the road on all of other priorities as a nation: our children, our elders, our environment.

And then there are the human costs. Over 2,200 Americans have lost their lives in Afghanistan since 2001 – and that doesn’t include the many who returned injured or disabled, or who faced obstacles returning to civilian life. Many of these citizens’ possible contributions as civilians will never be known.

America must find resolution to these endless wars, both at home and abroad. America has long since passed the point where the mission in Afghanistan is defined, or the objectives clear. And America still needs to learn to end our wars in a way that doesn't just set the stage for the next seemingly inevitable conflict.

« Give back for all Americans on #GivingTuesday

NPP Gives Thanks for the Federal Budget »