The U.S. Has Now Spent more than $1 Billion on Operations Against ISIS 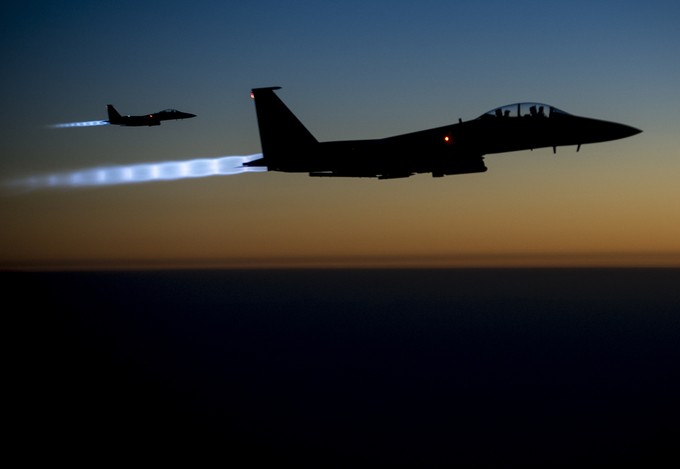 U.S. aircrafts fly over Iraq after airstrikes in Syria/ Photo courtesy of U.S. Department of Defense

Today, one of NPP’s cost of national security counters will quietly tick past the $1 billion mark. The U.S. will have spent more than $1 billion on operations against ISIS since June 16.

So far, we have estimates of what it’s costing us – somewhere between $7.5 million and $10 million per day (our counter is conservative and ticks at $7.5 million per day) – but we don’t know how long this will go on, despite polling that shows Americans aren’t confident that the military campaign against ISIS is even effective.

And as NPP’s research director, Lindsay Koshgarian, recently wrote, four months into the U.S. response to ISIS, Americans deserve to know what it’s going to cost us in the long run.

$1 billion doesn’t seem like a lot in the Pentagon world; in fact it’s just 1% of the Pentagon’s total annual budget. But $1 billion is a lot of money in the real world, where it could have created thousands of jobs, paid for 103,000 college students’ tuition this academic year, or helped the United Nations combat Ebola worldwide.

Congress will return to Washington on November 12 after next week’s election, and the U.S. campaign against ISIS is on a long list of items to discuss. Be sure to let your elected representative know where you stand on this before then.