President Obama Asked for $5.3 Billion to Fight ISIS. Will it Work? 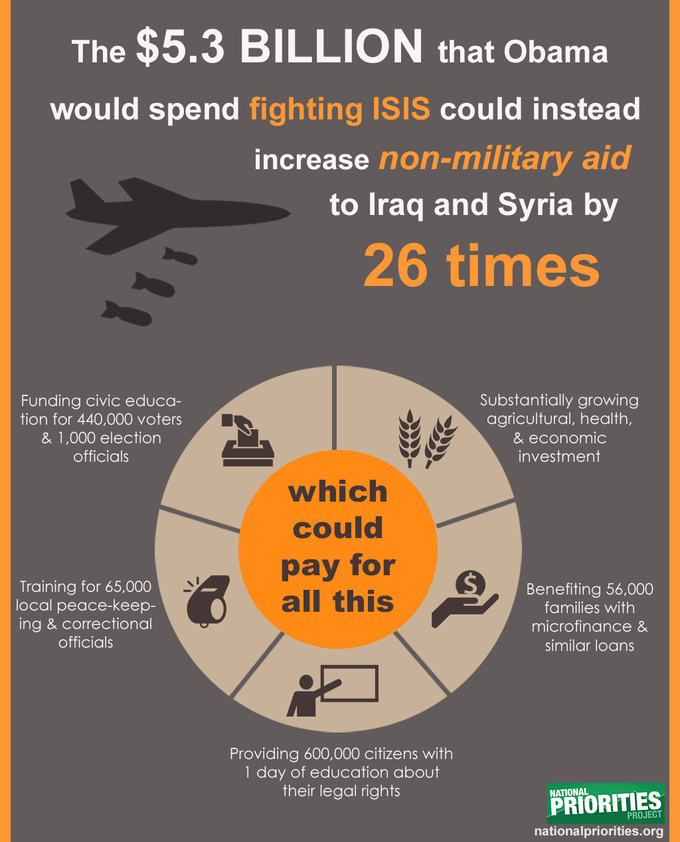 In February, President Obama belatedly asked Congress for explicit approval of the U.S. war on the Islamic State, or ISIS, which has been ongoing since June 2014. Congress has yet to seriously debate the question: is a military response to ISIS really the most effective response possible?

As of today, March 5, 2015, the United States has spent over $2 billion to fight ISIS since June of last year – and that’s probably an underestimate, since Congress in December approved $5 billion in spending against ISIS for fiscal year 2015. President Obama has asked for an additional $5.3 billion for fiscal year 2016.

Americans deserve a real debate over military involvement with ISIS: what it will look like, what it may cost, and how far Americans are willing to go. Part of that debate must look at longer-term consequences and give serious consideration to the full range of possible interventions against ISIS: from ways to cut off ISIS’ funding, to investing in policing and intelligence and civil and physical infrastructure in the region so that groups like ISIS can’t get a foothold.