What's in a Cromnibus? 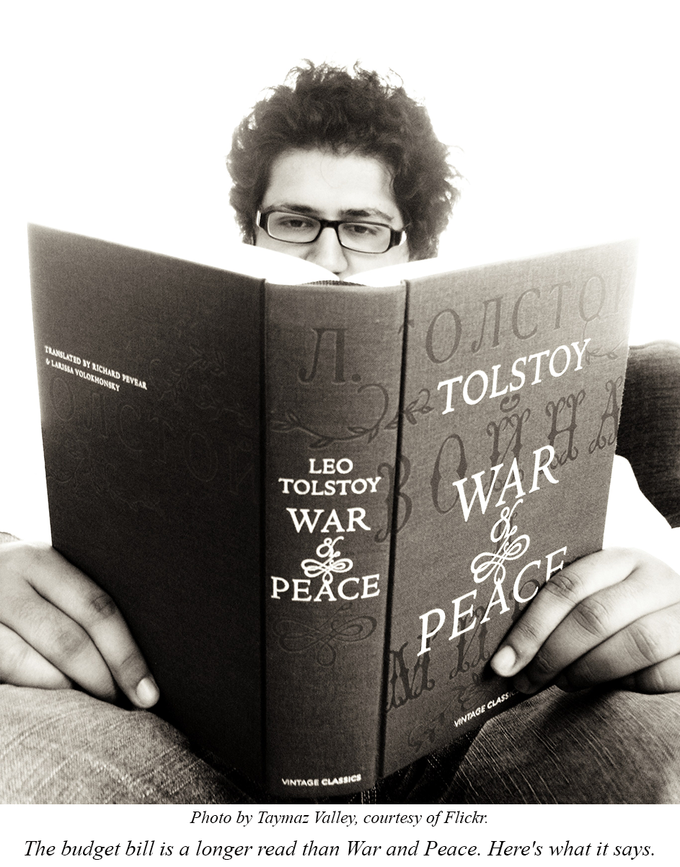 Since Congress released its massive budget bill on Tuesday night, we’ve been joining other budget watchers in poring over the bill to see how Congress intends to spend $1.1 trillion in fiscal year 2015. At 1,600 pages, the bill is longer than the 1,300 page classic novel War and Peace – no light read. And Congress has until midnight tonight to take action or the federal government will shut down. Here’s an initial overview of how Congress is dealing with hot topics in the budget, and a few controversial surprises:

According to the official budget process, all of these features should have been debated as part of 12 separate bills over a period of months. Instead, Congress has crammed them all into a 1,600 page monster and given themselves only a few days to sort out some of the most important decisions they’ll make all year – all with the threat of a government shutdown looming over the nation.

See our extended analysis for more highlights, including funding levels for education, Ebola, the Affordable Care Act, and transportaion.