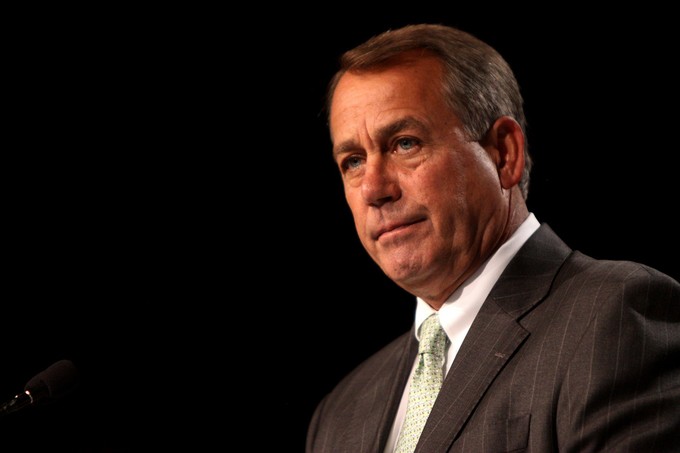 Speaker of the House John Boehner/Photo courtesy of Gage Skidmore

Short answer: Not yet.

Throughout the day yesterday, sources were reporting that the massive $1.1 trillion spending deal lawmakers have been negotiating for weeks would not pass because there were not sufficient votes.

Then, at about 10 pm last night, after many nail-biting hours where Congressional leaders were in recess all afternoon, House lawmakers passed the bill to fund most of the government through the end of the fiscal year. Unfortunately, the timeline made it impossible for the Senate to consider the bill and for it to be signed by the president before midnight.

So, in order to avoid a shutdown, lawmakers agreed on a two-day extension to continue funding the government through midnight Saturday to allow time for lawmakers to review the bill. The Senate could vote on the bill as soon as today or could put it off until tomorrow.

After all the drama from yesterday, we wouldn't blame anyone for being frustrated with Congress. Passing a budget is one of lawmakers' most important and fundamental responsibilities each year. Yet, two and a half months into the fiscal year, there is still no budget, leaving agencies in a lurch, clueless as to their spending levels for the year.

The appropriations process is supposed to factor in input from federal agencies and the American people. The American people deserve better than back-room budget deals that lack any transparency. Let's do better, Congress.

« What's in a Cromnibus?