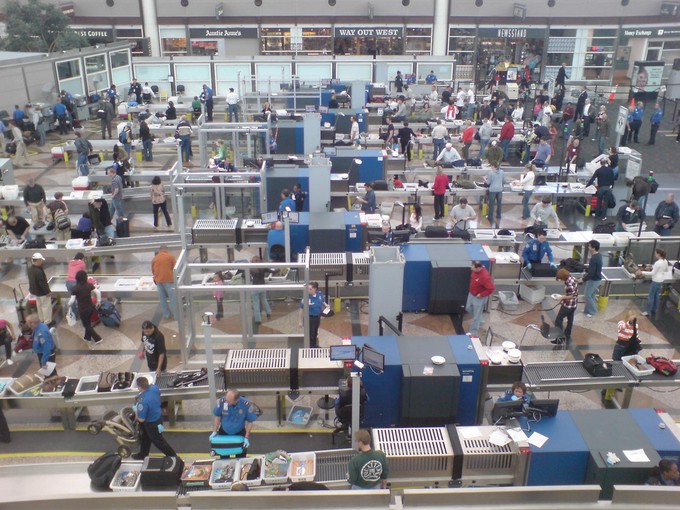 DHS workers, including airport security staff, no longer at risk of furloughs or reporting to work without pay/ Photo courtesy of Dan Paluska

Three days before another potential government shutdown, Congress voted yesterday to fund the Department of Homeland Security (DHS) for the rest of the fiscal year which ends on September 30.

Despite Republican lawmakers’ public opposition to President Obama’s executive order on immigration, the $40 billion spending bill funds DHS “cleanly,” which means it does not have any immigration strings attached. And although lawmakers could still vote on a separate measure that will defund the president’s order, Speaker of the House John Boehner said yesterday that the best bet to stop the order is now in the courts, where a federal district judge recently ordered DHS to suspend activity on the president’s executive action. The administration has vowed to stand by the order.

After Friday’s nail biter where lawmakers agreed to only a one-week funding extension for Homeland Security with just hours to spare before shutdown, today’s more level headed approach is a relief. Next on the agenda: commonsense immigration reform. We’ll keep you posted.

« How Will Congress Avoid a Homeland Security Shutdown, Part 2

President Obama Asked for $5.3 Billion to Fight ISIS. Will it Work? »