We Set 3 Resolutions for Congress in 2015. Here’s How They Did 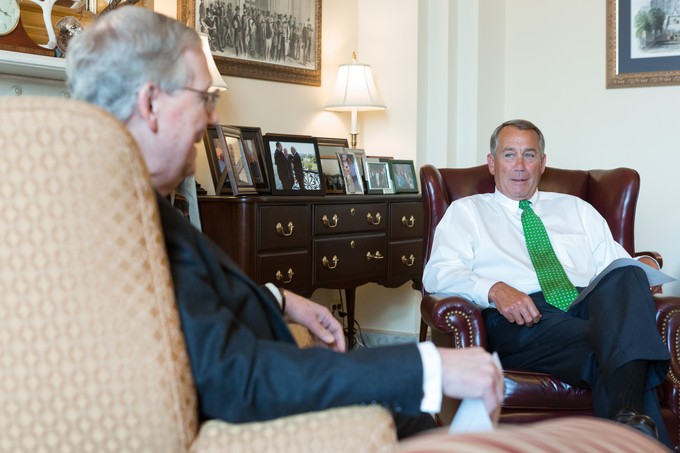 We’re all familiar with making New Year’s resolutions and not keeping them. A year ago, we set three resolutions for Congress in 2015. Now we’re taking a look back to see whether they reached those goals.

So, did they? Well, yes and no. Congress did eventually pass a 2016 budget – but not until December, and not until after multiple games of “chicken” between sides, with a possible government shutdown at stake.

In the end, Congress passed a budget that increased funding for both domestic priorities and the Pentagon, and omitted the most dangerous “poison pill” riders in the budget that would have harmed vulnerable Americans.

So, did Congress “pass a budget”? Well, kind of. Since they failed once again to meet an October 1 deadline or pass 12 separate appropriations bills to fund the government, we’re going to have to say they failed this one.

2. The resolution: “Reform immigration and fund the Department of Homeland Security.”

In one of the federal budget process’ enduring oddities, last year Congress initially refused to include new funding for the Department of Homeland Security in the budget because they were miffed over an executive order that would have provided legal status to roughly 5 million immigrants. A federal appeals court has since ruled against that executive order, and the administration vowed to take the fight to the Supreme Court.

So, with the executive order at least temporarily out of the picture, did Congress do anything else to address our nation’s nonsensical immigration policy? Not so much.

3. The resolution: “Raise the debt ceiling.”

A suspension in the “debt ceiling” – how much Congress allows the United States government to borrow from savings bonds and the like – ended in March of 2015.

Congress didn’t raise the debt ceiling before March. But they did suspend it again before the U.S. government actually ran out of money in November.

So, did they get this one? Well, it’s a New Year, we’re feeling generous today, and since Congress decided not to let the U.S. default on their debt, we’ll give them this one.