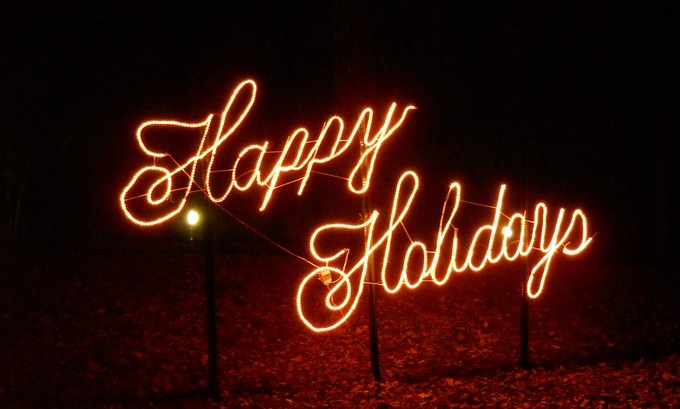 It's so predictable, it's almost like a new winter holiday: Christmas, Hannukah, and Government Shutdown Day, when Congress finally passes a federal budget just hours before the government would shut down (unless it doesn't). It's a complicated, drawn-out holiday, and it's unclear what it really commemorates: extreme partisanship, maybe?

Government Shutdown Day really starts in September, when Congress first punts on passing a federal budget and passes a low-drama continuing resolution to fund the government through early December. Then, the drama ramps up until the final day, when Congress usually passes a federal budget with just hours left to go, then heads home for the more traditional December holidays.

So here we are again: Government Shutdown Day, 2016. Grab a cookie and some hot cocoa (or some latkes, if you prefer) and let's talk about what's at stake this year.

Perhaps more important is how this sets the stage for what comes next. The continuing resolution Congress is considering today would fund the government only through April. Our usual Government Shutdown Day has resulted in a negotiated budget for the remainder of the fiscal year - through September.

This time, congressional leaders want to give president-elect Trump and the incoming Congress more say in the budget: and as much as anything, this is about the intended repeal of the Affordable Care Act, which currently insures more than 20 million Americans. Even though they have until April, this is expected to happen as soon as January.

So, Happy Government Shutdown Day, America. Feel free to bite your nails, roll your eyes, contact your member of Congress, or whatever it is you like to do to celebrate (maybe all of the above). As ridiculous as this annual dance is, it's important to remember that budgets have real consequences. Like an extra 10 pounds, there are parts of this holiday that don't just go away when it's over.