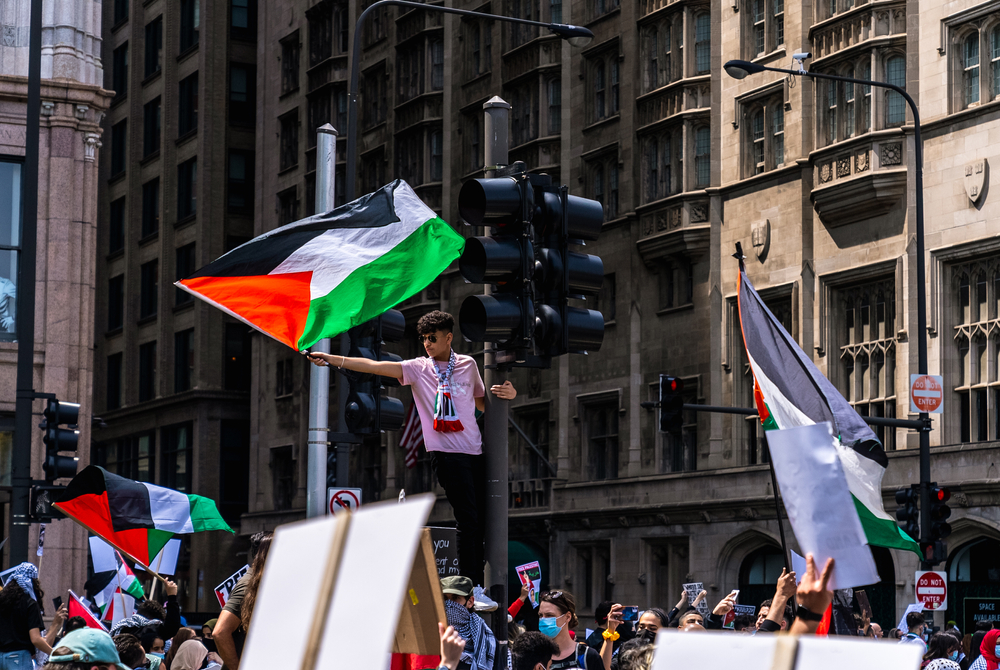 I believe that all people share a common cause for basic freedoms.

Yet whenever I speak out about the conflict between Israel and Palestine, I’m cautioned to “be careful” — that I’ll only be able to have a fruitful dialogue by recognizing grievances on “both sides.”

Well, I recognize a few things.

I recognize that any loss of life, whether Israeli or Palestinian, is a loss to be grieved. I recognize that both Israelis and Palestinians have a right to self-determination, and that neither side should be subjected to violence.

I also recognize that this latest conflict on the ground reveals a huge power imbalance that gives Israel the upper hand — thanks in no small part to the $3.8 billion that U.S. taxpayers spend on Israel’s military every year. As of May 17, about a dozen Israelis had died, while the toll for Palestinians had reached over 200 — including over 60 children.

Finally, as a Black American, I recognize that Palestinians are fighting for the same basic human rights as Black people, Indigenous people, and other people of color right here in this country.

When I traveled to the region five years ago, I was horrified by what I saw. Turnstile check points managed by Israeli Defense Forces that Palestinians had to travel through daily. Entire villages without running water and electricity living across from Israeli settlers with every amenity imaginable.

I watched Israeli soldiers raid a refugee camp in the middle of the night across the street from the hotel where I stayed in Ramallah. It made me nauseous — and I was further appalled to learn about the hundreds of Palestinian minors imprisoned and tried in Israeli military courts.

I left the place feeling like I had left the twilight zone. As Israel’s right-wing government — which rules over millions of Arab Palestinians — moves to explicitly establish Israel as a Jewish-only state, the parallels between Jewish nationalism in Israel and white supremacy in the United States have grown ever clearer.

What’s worse, Israel’s efforts to create a Jewish-only state have been strongly and historically supported by the United States.

Like previous administrations, the Biden administration has followed the same script, vocally supporting Israel. The White House has exclusively supported Israel’s “right to self-defense” — but not that of the Palestinians living under occupation.

This inequality often extends to media coverage as well. Israeli forces blew up the offices of Western journalists in Gaza yet still receive more sympathetic coverage in the U.S. press than the Palestinians those bombs fall on.

Israeli Prime Minister Benjamin Netanyahu, whose government has been accused of crimes against humanity, just got 10 minutes of airtime on Face the Nation to defend his actions. Palestinians rarely get that kind of exposure.

But hopefully, things may be changing.

Two-dozen members of Congress sent a letter urging Israel to halt its evictions of Palestinians in East Jerusalem. Others are calling on the U.S. to attach human rights conditions to its aid to Israel.

Meanwhile people around the globe are marching, like we saw last summer after the murder of George Floyd, to #FreePalestine.

“If we are to make good on our promises to support equal human rights for all, it is our duty to end the apartheid system that for decades has subjected Palestinians to inhumane treatment and racism,” said Rep. Rashida Tlaib, the first Palestinian American to serve in Congress.

Just as Black Lives Matter, so do Palestinian Lives Matter. We cannot campaign for racial healing and justice on stolen land in our own country while simultaneously backing a campaign to occupy and displace people abroad.

U.S. foreign policy on Israel-Palestine currently makes all of us complicit in crimes against humanity. That must change, now.

Tracey L. Rogers is an entrepreneur and activist living in Philadelphia. This op-ed was distributed by OtherWords.org.

« The Pentagon Increase Is the Size of the Entire CDC Budget