The Pentagon Increase Is the Size of the Entire CDC Budget 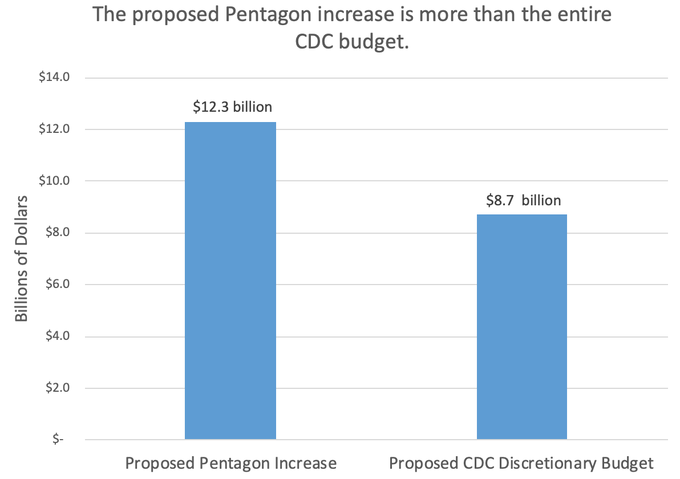 President Biden's full budget request is still to come, but we can glean a lot from the abbreviated version. One of the most confounding decisions in the president's budget request was the decision to increase the Pentagon and war budgets, both retaining the massive increases under President Trump and adding to them.

Case in point: the CDC budget, which for obvious reasons should be considered a critical part of our national security spending (if you take those words at their dictionary meanings). The Biden proposal calls for an increase to the CDC budget. But, the proposed increase in the Pentagon budget is bigger than the entire proposed CDC discretionary budget.

The Biden proposal does a lot right, in calling for increases to domestic spending priorities that have been underfunded for years. But it's stuck in an outdated version of what national security means, revving up the Pentagon budget at the very time when we need to be shifting funding to security based on clean energy, public health, and racial and ecoomic equality.