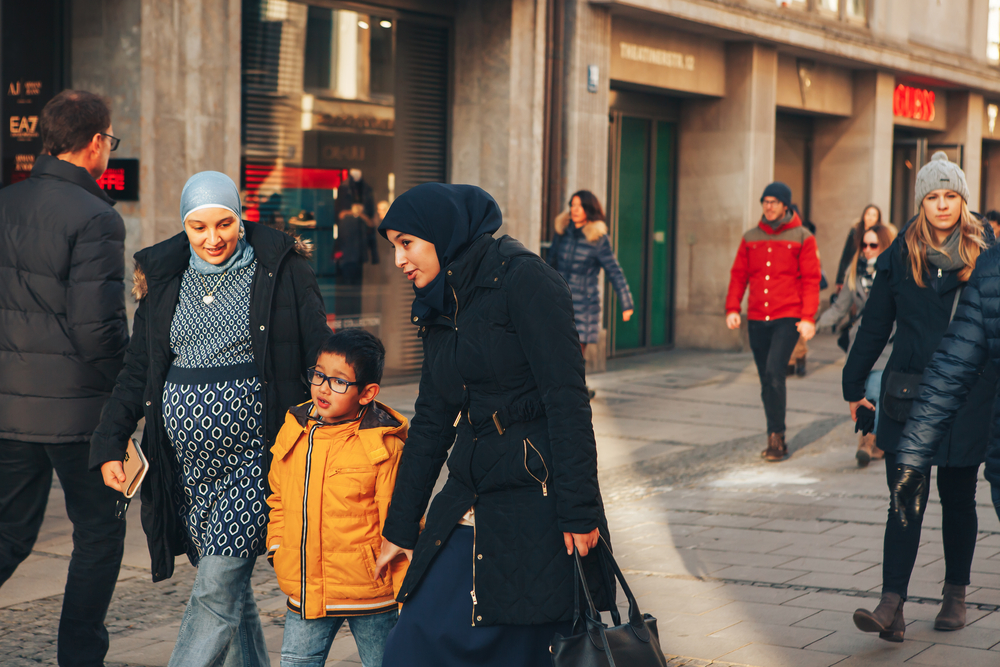 The immigrants and asylum seekers at America’s borders are not a crisis. They are a solution.

The real crisis the United States faces is demographic. According to the latest census, population growth is slowing. The birth rate has declined 19 percent since peaking in 2007.

As a result, crucial industries are desperately short of workers.

The agriculture sector is perennially short of pickers and processors. Hospitals are looking at a deficit of over a million nurses by 2022. The manufacturing sector currently has half a million openings and a projected shortfall of over 2 million workers by 2030.

Because more retirees are withdrawing their benefits and fewer younger workers are paying into the system, Social Security will be in peril by 2035.

With Americans producing fewer children, there’s really only one solution to the country’s demographic crisis: more immigrants. They can take the unfilled jobs, pay into Social Security, and continue to make the United States prosperous.

Not convinced this can work? Take a look at Germany.

Compared to the United States, Germany faces an even more serious demographic crisis, with an even lower fertility rate. In 2003, the country began to shrink. It has faced labor shortages and a pension crisis.

In 2015-2016, German Chancellor Angela Merkel welcomed over a million refugees into the country.

Although many Germans rallied in support of the newcomers, plenty of their compatriots were skeptical. The naysayers didn’t think the Syrians, Libyans, and others would fit into German society. They predicted massive social disruption.

Fortunately, immigrants have been a boon to Germany.

Half of those refugees who arrived five years ago now have jobs or paid training. Although hardly any spoke German when they arrived, almost half now have good or very good German skills.

And despite fears that the influx would make Germans anti-immigration, more than half of the country has contributed to the integration efforts. The anti-immigrant party, Alternative fur Deutschland, has seen its support drop considerably. And the German economy remains the envy of Europe.

Immigrants are an obvious solution to our pressing demographic problem. Unfortunately, immigration is a powerful political wedge issue in the United States. Donald Trump won votes by promising to build a wall along the southern border, shut down travel from Muslim countries, and make it nearly impossible for refugees and asylum-seekers to find haven here.

Because of Trump’s success in turning his extreme positions into federal policy, immigration largely disappeared as an electoral issue in 2020. But with the Democrats back in the White House and in control of Congress, immigration will likely become again a major campaign issue in the midterm elections.

The economy is on an upswing, the pandemic is waning, and the Biden administration has been competent and relatively scandal-free. Desperate to stoke fears and win votes, the Republicans will inevitably characterize the people seeking asylum at the border as the president’s “biggest failure.”

The Biden administration has reversed some of Trump’s migration and refugee policies. The ban on people traveling from majority Muslim countries has been lifted. Family separations are now giving way to family reunifications. After some hesitations, the ceiling on refugees has been raised.

In this way, the new administration is addressing America’s demographic crisis.

The policies of the last administration were not only immoral and often illegal, but also self-defeating. A more welcoming policy toward immigrants and refugees is in the best interest of the country, whether from the point of view of the labor force, the sustainability of the social welfare system, or the livelihoods of the newcomers.

John Feffer directs the Foreign Policy In Focus project at the Institute for Policy Studies. This op-ed was adapted from FPIF.org and distributed by OtherWords.org.

The Pentagon Increase Is the Size of the Entire CDC Budget »